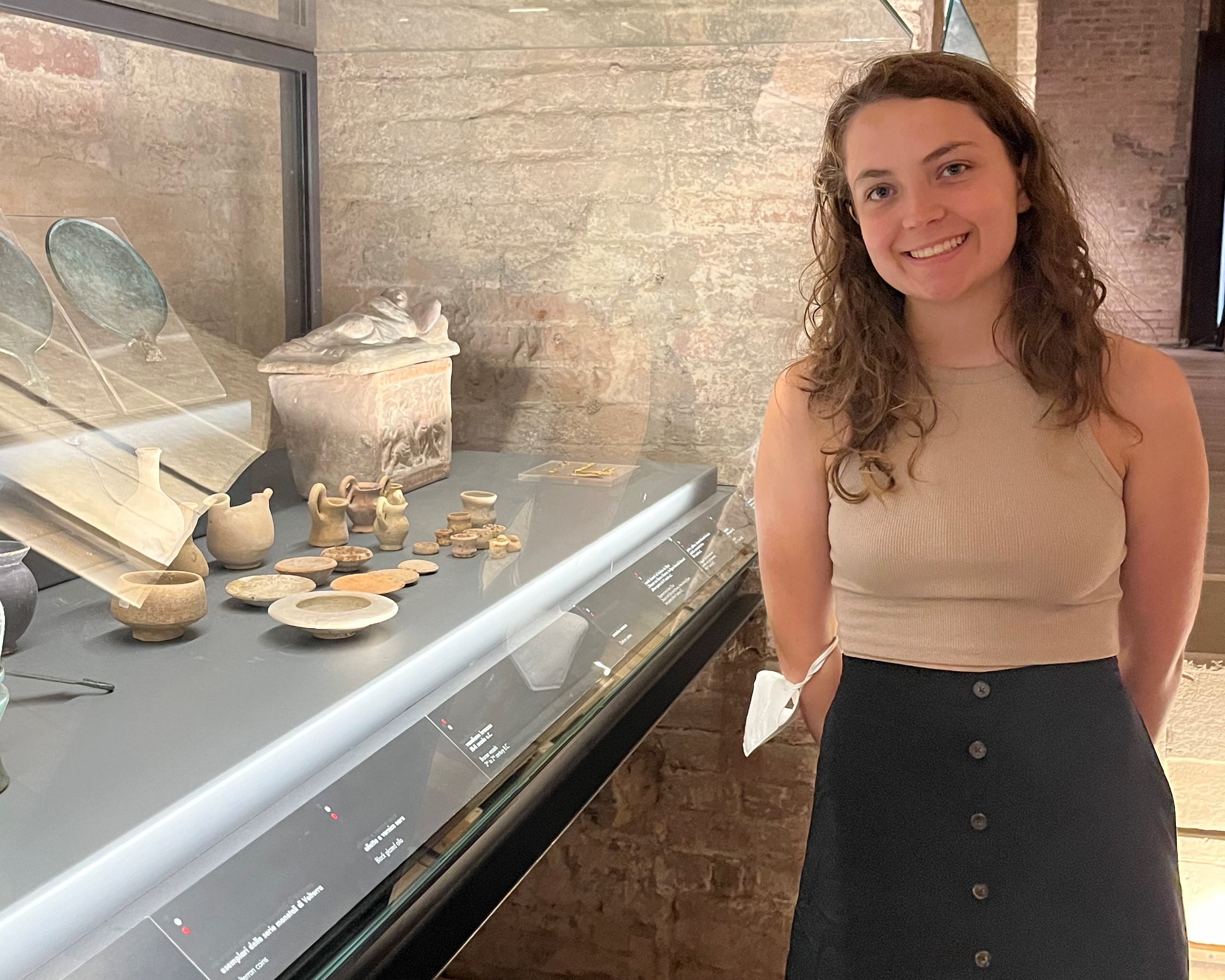 Brooke Cammann ’23 at the Museo Archeologico Nazionale of Siena, Italy

Brooke Cammann (Art History; Chemistry) fell in love with Italian art history as a first-year student in the SUNY New Paltz Honors Program, but it took until 2022 for her to fully capitalize on that interest with an international research experience.

“I saw a flyer on studying art history in Italy, and I was immediately intrigued,” said Cammann, who hails from Croton-on-Hudson, New York. “After doing my own research, I learned that you could pursue a career in conservation with an art history degree. For three years, I waited to study abroad because I knew Italy would be the place to pursue art conservation.” 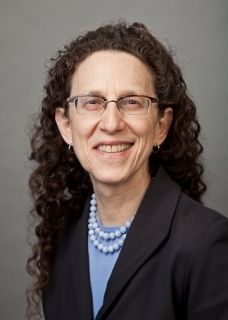 SUNY New Paltz Professor Reva Wolf is the key organizer of an international symposium, “Translating Warhol,” which will serve as a venue for exploring how Andy Warhol’s artistic vision has moved across international boundaries, and how his work has been received outside America.

“Translating Warhol” will be held June 23 and 24 at the Kislak Center for Special Collections, Rare Books and Manuscripts in the Van Pelt-Dietrich Library Center at the University of Pennsylvania. It is supported by a generous grant from the Terra Foundation for American Art. The event is free and can be attended in person or virtually, but registration is required.

The Penn Libraries is pleased to announce that it will host an international symposium, “Translating Warhol,” supported by a generous grant from the Terra Foundation for American Art. “Translating Warhol” will be held June 23 and 24, 2022, in the Class of ‘78 Pavilion at the Kislak Center for Special Collections, Rare Books and Manuscripts in the Van Pelt-Dietrich Library Center at the University of Pennsylvania.

Andy Warhol is one of the most influential artists of the twentieth century, and a vast global literature about Warhol and his work exists. Yet almost nothing has been written about the role of translations of his words in his international reputation. “Translating Warhol” aims to fill this gap, developing the topic in multiple directions and in the context of the reception of Warhol’s work in various countries. The numerous translations of Warhol’s writings, words, and ideas offer a fertile case study of how American art was, and is, viewed from the outside.

The symposium is free and open to the public, but registration is required. It is an in-person event with the option for audience members to attend virtually. For a full schedule of topics and speakers and links to register for either in-person or online attendance, click here. We hope to welcome many of you to the University of Pennsylvania June 23 and 24 for this exciting program!

From the Penn Libraries Press Release:

The “Translating Warhol” program has been organized by Reva Wolf, Professor of Art History at the State University of New York at New Paltz. Professor Wolf has produced groundbreaking work on Warhol, including the book Andy Warhol, Poetry, and Gossip in the 1960s (1997) and essays on Warhol’s interviews (2004) and books (2013). She has organized, together with her students, two exhibitions of the artist’s work: Andy Warhol: Private and Public in 151 Photographs (2010) and Marking Time: Andy Warhol’s Vision of Celebrations, Commemorations, and Anniversaries (2018). Her recent study, co-authored with Kou Huaiyu, “Cosmic Jokes and Tangerine Flake: Translating Andy Warhol's POPism,” published in Complementary Modernisms in China and the United States (2020) and based on a Terra Foundation-sponsored conference paper, planted the seed for the “Translating Warhol” project.

A complementary exhibition, Translations of Warhol, featuring published translations of the artist’s words, and organized by Professor Wolf, will be on view in the Snyder-Granader Study Alcove at the Kislak Center. A highlight of this exhibition is the distinctive book that accompanied the 1968 Stockholm exhibition, which features a sequence of statements by or attributed to Warhol, side-by-side in English and Swedish—an early and interesting example of the translation of his words. 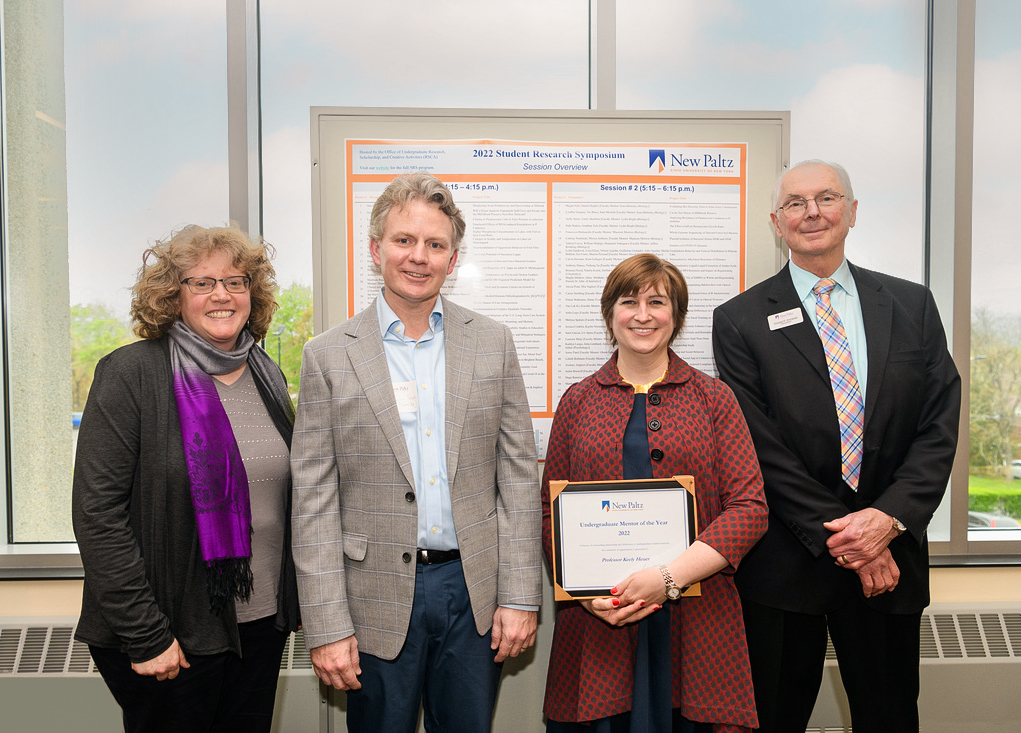 In a time-honored tradition, Associate Professor of Art History Keely Heuer was awarded this year’s Undergraduate Research Mentor of the Year.

Throughout her tenure, Heuer has worked to make the Art History Department into a supportive home for scholars. She helped create and expand the annual Undergraduate Art History Symposium, which has grown from humble origins to become a major international showcase. It is the only undergraduate symposium of its kind based in the United States.

“I feel so fortunate to be in a place with such fabulous students,” said Heuer. “They make my life so interesting and well-rounded. It’s a joy to have these opportunities to do things with them beyond the standard classroom.”

The theme of this year’s talks – which will be held on Oct. 21, Oct. 26 and Nov. 2 – is “Saving Art: Conservation, Ethics, and Activism.” All three guest speakers are New York City-based professionals and educators working in art history and conservation. Read more

Poster for The Globetrotting Chinese Shawl

Art History Association Inaugurates Programming for 2019-2020 on the theme "Art and Fashion" with talk, The Globetrotting Chinese Shawl

Our active, innovative student group, The Art History Association, inaugurates its programming on the theme, "Art and Fashion," for the 2019-2020 academic year, with a talk by Hunter College scholar, Tara Zanardi, entitled, “The Globetrotting Chinese Shawl: Embroidering Identity in Spain and the Americas.”

The mantón de Manila, an embroidered silk shawl made exclusively for export, traversed the globe from China to the Americas and Spain beginning in the late eighteenth century. The shawl was incorporated into Spanish, Mexican, and Peruvian female dress, and, by the 1830s, became a staple garment in nineteenth-century imagery, from paintings and prints to posters, postcards, and advertisements. As an object on the move, the Chinese shawl transformed sartorial customs in Spain and the Americas. That artists depicted female types wearing the mantón, highlighting it as fundamental to their visual construction, implicates this global traveler as a vital ingredient in the formation of women’s identity. As a material embodiment of cultural contact and global commerce, the mantón offers a rich opportunity to consider shifts in visual constructions of femininity and the complexities of modernity.

Free and Open to All.

Poster for The Borders of Chinese Architecture

Professor of Asian Art at UPenn to Speak on Chinese Architecture

Professor Nancy Steinhardt, Professor of Asian Art at the University of Pennsylvania will give a talk entitled, The Borders of Chinese Architecture. The talk is free and open to all and will be held, Wednesday, October 30 at 5 pm in Science Hall, Room 181.

Chinese architecture is found not only in China, Korea, Japan, and Mongolia, but much farther West. This lecture defines what a Chinese building is, investigating structures that look like Chinese buildings to explore why so many seem so similar. The subject is explored through a tomb structure found from Gansu to Korea, through paintings of Chinese buildings in tombs built for non Chinese occupants, and through a few decorative motifs that appear in murals and textiles across Asia.

Sponsored by the Art History Department and the Asian Studies Program, with generous financial support from Campus Auxiliary Services.

If you have accessibility questions or require accommodations to fully participate in this event, please contact the event organizer Elizabeth Brotherton at brothere@newpaltz.edu prior to the event. 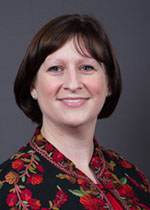 Assistant Professor Keely Heuer was the latest SUNY New Paltz faculty member to share her research and insight with national radio audiences on the syndicated program, “The Academic Minute.”

Reva Wolf has been awarded the Ailsa Mellon Bruce Visiting Senior Fellowship from the Center for Advanced Study in the Visual Arts at the National Gallery of Art, Washington, D.C. The two-month residential fellowship includes housing, office space and support, and a $7000 stipend. Professor Wolf will be in residence at CASVA between June 15 and August 15, 2017, where she will work on her ongoing project about Francisco de Goya and Freemasonry. 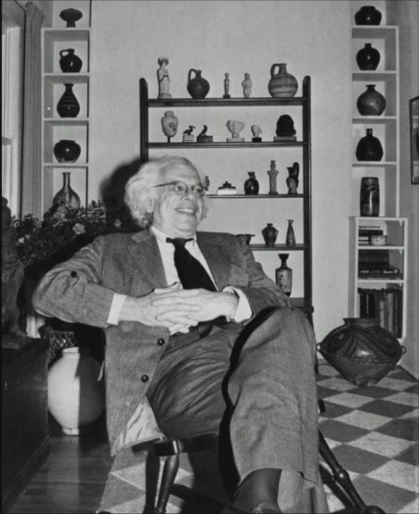 The Art History Department is delighted to present the Media Site recording of the Art History Association's 2017 Spring Symposium, Studies in African Art: A Symposium Commemorating Hugo Munsterberg's Legacy. We hope that anyone who was not able to attend the event, including the many art and art history alumni who were influenced by and remember Dr. Munsterberg fondly, will enjoy these interesting talks, coordinated with the speakers' PowerPoint slides.

Featured are opening remarks by Professor Emerita Jaimee Uhlenbrock and talks by alumna, Dr. Christine Mullen Kreamer, and Dr. Ikem Okoye of the University of Delaware. Click this link and Media Site will open the event recording in a new window. 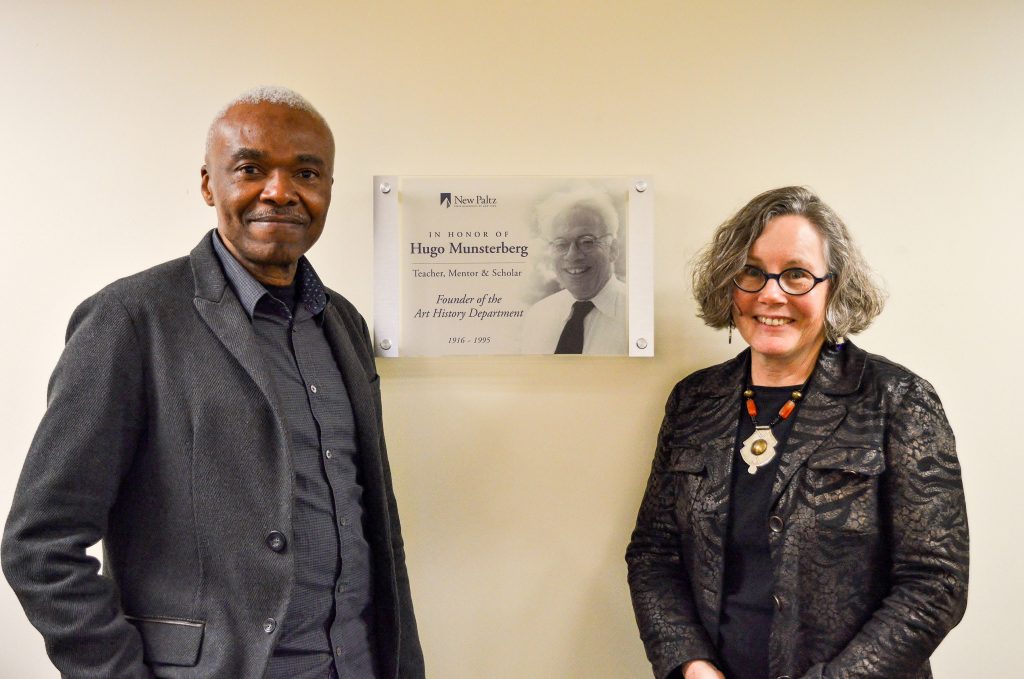 The event was the culmination of a year-long programming cycle commemorating the centennial of Hugo Munsterberg (1916-1995), who founded the Art History department and taught courses on world art during the 1950s, ‘60s and ’70s. 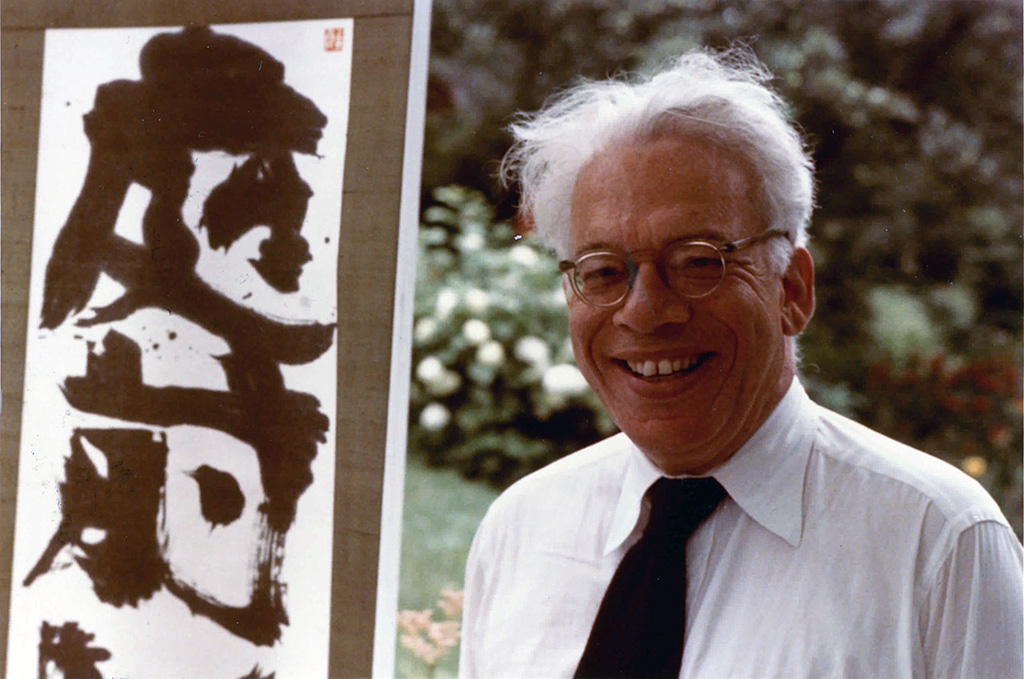 The symposium will take place on Thursday, April 6, 2017 at 7 pm in the Coykendall Science Building Auditorium...

Professor Emeritus William B. Rhoads spoke today in a panel for the Dorsky Museum on Carl Walters, held in the Student Union Building, room 62/63. His subject was the ceramic artist's connection to Maverick-Woodstock Architecture.

Photojournalist Lonnie Schlein worked as a photo editor at The New York Times for over 35 years, including a tenure as photo editor of the newspaper’s “A Nation Challenged” section in the months following the September 2001 terrorist attacks.

Now, the former photo editor resides in Cuddebackville, New York with his family and photographs heartbreaking social issues on volunteer trips around the world. Schlein’s work is taking center stage in this month’s exhibition at Roost Studios in New Paltz, with a little help from art history students at SUNY New Paltz... 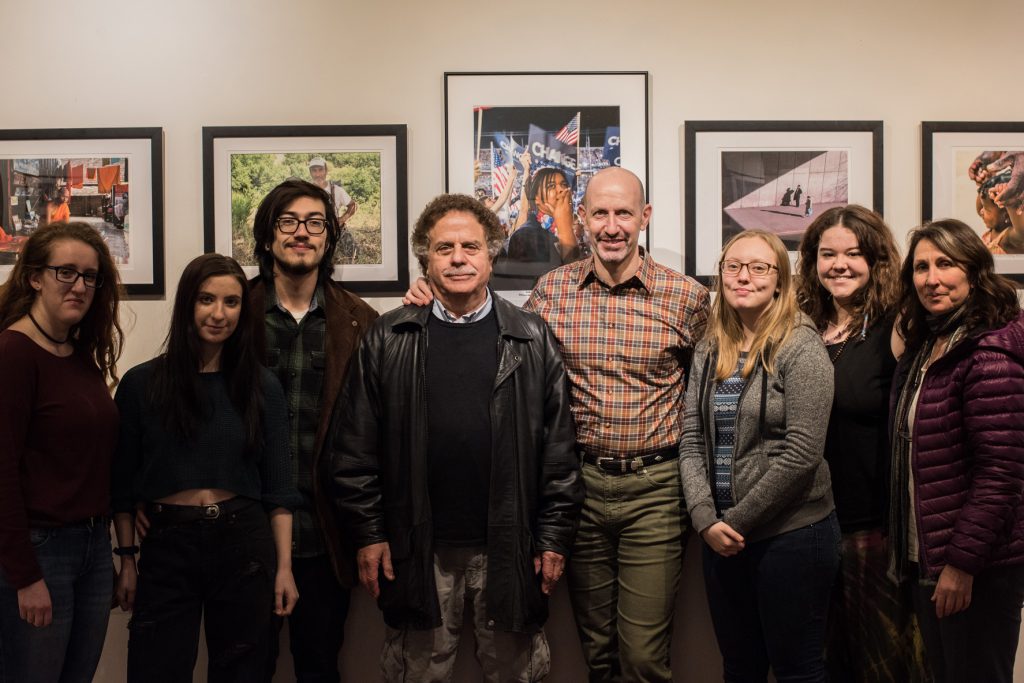 A new artists’ collective in the heart of downtown New Paltz is emerging as a focal point of creative activity in the region, and students at SUNY New Paltz are taking notice. 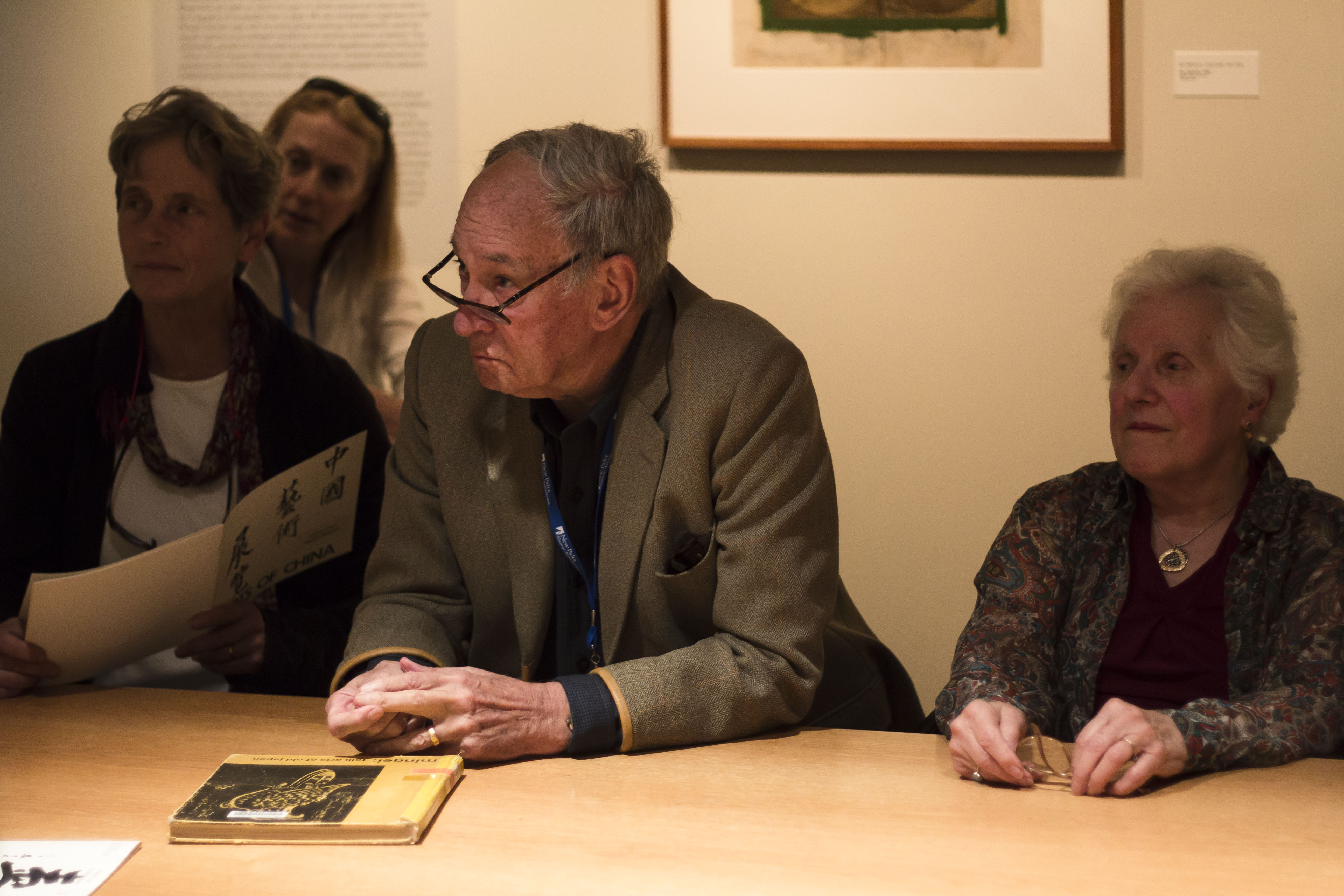 A small, pleasantly-lit room in the Samuel Dorsky Museum of Art welcomed passionate alumni brimming with stories to share of the late Hugo Munsterberg, Professor Emeritus of Art History at the SUNY New Paltz from 1958-1979.

On Oct. 15 at 3 p.m., Associate Professor of the Department of Art History Elizabeth Brotherton facilitated a discussion for SUNY New Paltz alumni proceeding the gallery talk, “All Excess Stripped Away: Donations to the Dorsky Museum by Hugo Munsterberg.”

The intimate event was held in the seminar room of the Dorsky, where approximately 20 alumni gathered for some well-described nostalgia.

Brotherton began the discussion by introducing a subject many art historians debate upon: What is a better way of viewing art: through a generalist or formalist lens? 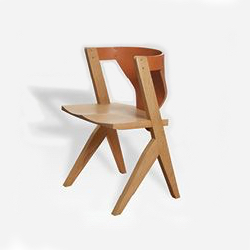 Hudson Hewn: New York Furniture Now "explores the dynamic and ongoing tradition of making furniture in the Hudson Valley." The recent work will be incorporated "in period interiors throughout the 1804-08 mansion," renowned for its permanent collection of ca. 1810-1820 New York furniture by Duncan Phyfe and his contemporaries.

Read more at the Boscobel Site... 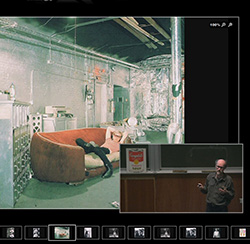 Andy Warhol at the Factory, slide from James Warhola talk, Warhola to Warhol

Mr. Warhola graciously spent time speaking with students, faculty and community members who stayed for refreshments, signing copies of his books Uncle Andy's Cats and Uncle Andy's: A Faabbbulous Visit with Andy Warhol. To view the talk in its entirety, go to Media Site. 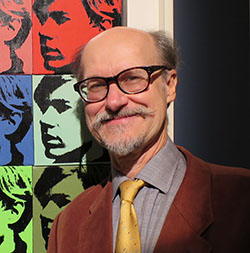 From Warhola to Warhol

Mr. Warhola will talk about his uncle, Andy Warhol. This event is free and open to all. Co-sponsored by the Art History Association and generously supported by Campus Auxiliary Services. 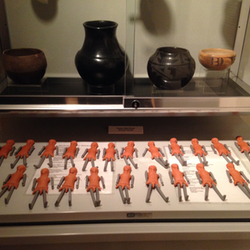 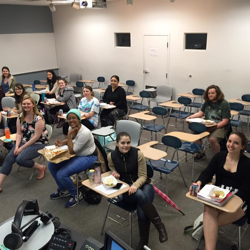 Art history faculty members maintain an active research agenda and enrich their classrooms with expertise and familiarity with the latest scholarship. The faculty has garnered numerous awards from prestigious institutions like Harvard, Princeton, and Yale universities; the Metropolitan Museum of Art; and more.
Small class sizes of 15 to 35 students allow for close interaction between faculty and students. The breadth of courses offered, ranging from prehistory to the present and covering many areas of the world, is rarely found at other SUNY institutions.
The Art History Department maintains close ties to the Samuel Dorsky Museum of Art on campus, allowing our students access to original works of art. Students interested in pursuing museum careers may enroll in a specialized museum studies course offered every year by the department.