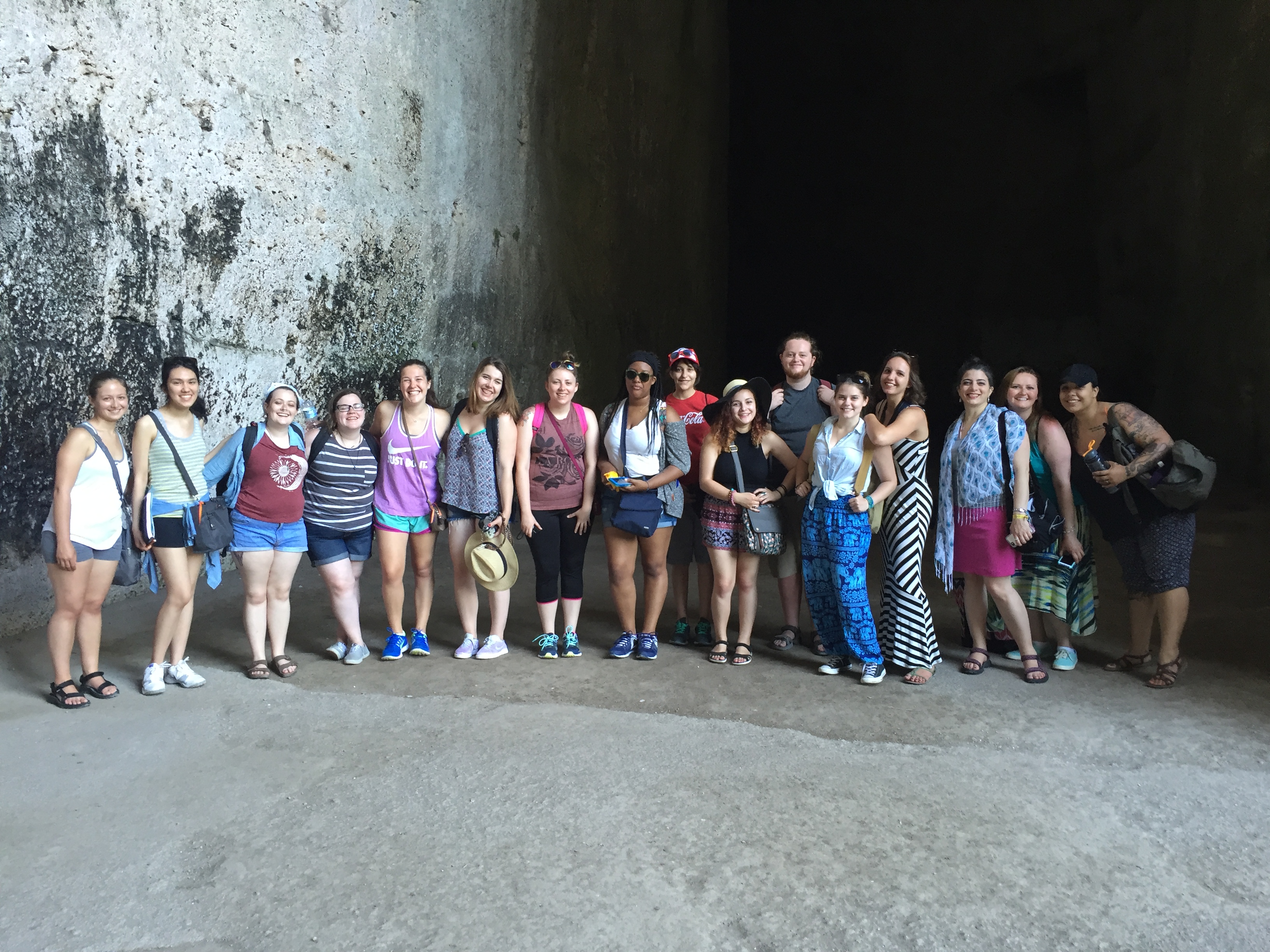 Our 16 students from On-Site Studies in Art History Abroad Summer 2016 program, The Greeks in Ancient Italy. The students are posed at the mouth of an ancient rock quarry cave site in Syracuse, known as the 'Ear of Dionysios.' The cave is known for its exceptional acoustics: noises echo, but repeat only once. Ancient tyrants eavesdropped on prisoners they held captive here.

Our Students Have Arrived in Sicily!

Read Professor Keely Heuer's Blog, The Modern Odyssey at Study Abroad's blogging site. Professor Heuer and her latter-day colonists have been On-Site since Wednesday, June 1, for the The Greeks in Ancient Italy. This course is offered for the first time, and the students and their intrepid leader are off to a great start at the Greco-Roman Theater in Catania, Sicily. Next up, Syracuse! 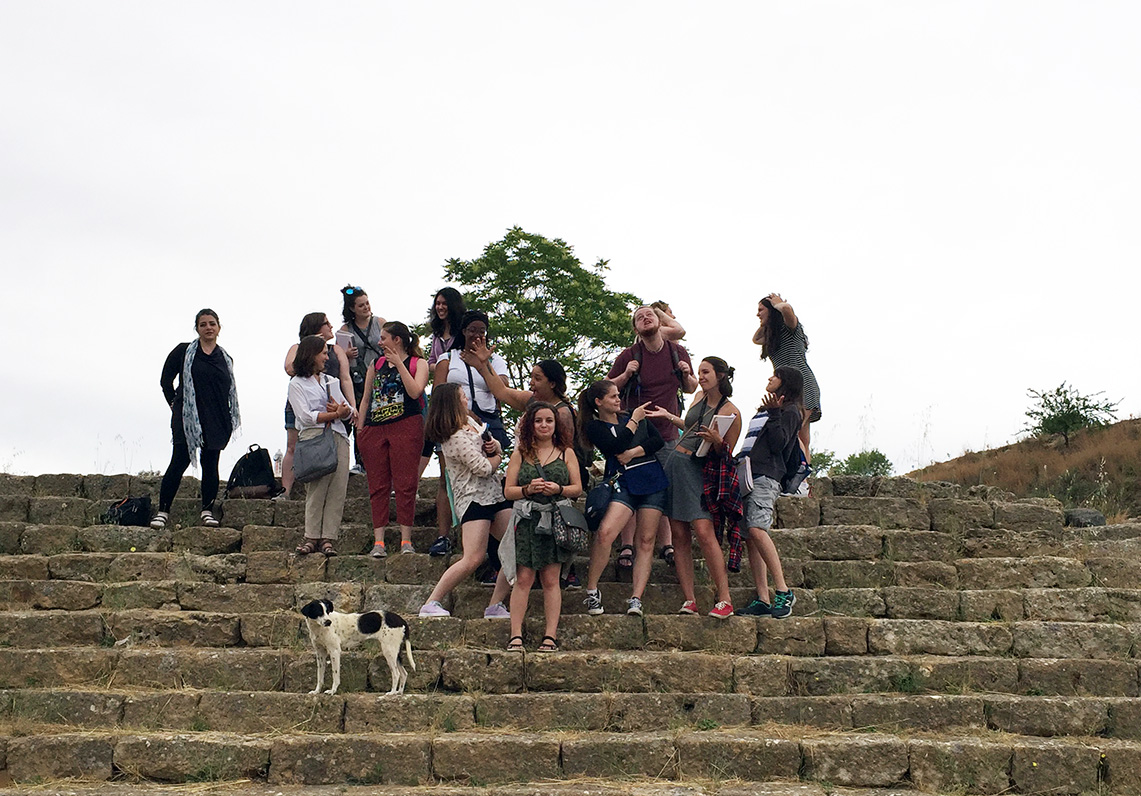 Art History students studying in Sicily pose on the steps of an amphitheater.

Read All About It!

Professor Keely Heuer's new post is up on her blog, The Modern Odyssey. She describes the students' exploits at an agriturismo, the Morgantina excavation and the nearby Aidone Museum, and the mosaics at Piazza Armerina. Read more.... 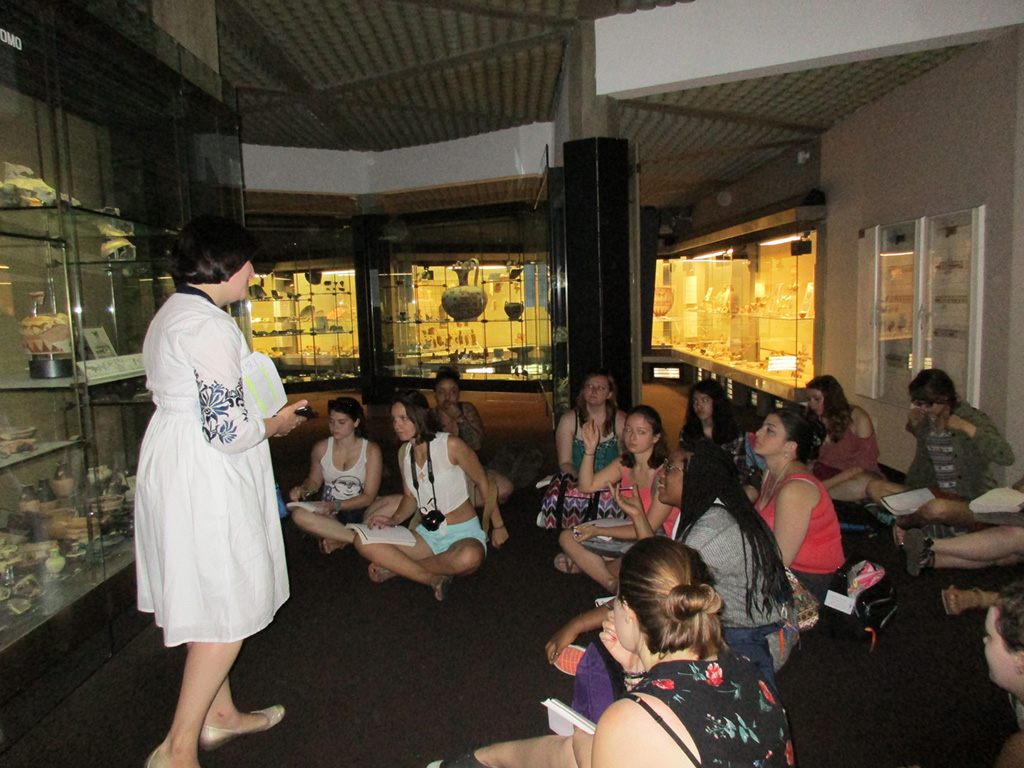 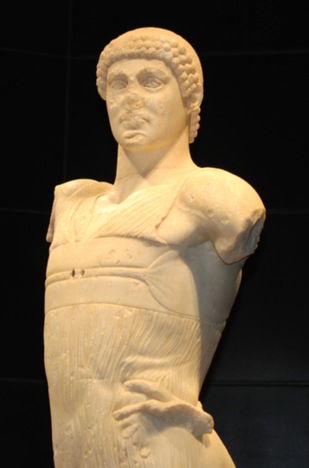 Discover an extraordinary side of sun-kissed Italy during this three-week summer adventure through Sicily, the Bay of Naples, and Rome, exploring the impact that the Greeks had upon ancient Italy. Your travels will include visits to once-powerful Greek settlements in southern Italy and Sicily, an island Phoenician city, excavations of famous Roman towns buried by the eruption of Mount Vesuvius in 79 A.D., and the best antiquities collections in Rome. In a small group, students will learn first-hand about the art, architecture, and history of a major facet of the Greek world that is rarely discussed in the classroom. Explore a volcanic crater, walk inside a 2500 year-old temple, enjoy the perfect acoustics of an ancient theater, marvel over ancient "la dolce vita" in a Roman villa, indulge in gelato and sfogliatelle, and so much more!

This six-credit study abroad experience focuses upon the enormous impact of Greek art and architecture on the visual culture of the indigenous peoples of ancient Italy. Trade contacts between the Greeks and the various ancient populations of the Italian peninsula and Sicily date back to the Bronze Age, and the demand for Greek goods in exchange for valuable raw materials, such as metal ores, eventually enticed some Greek artisans to emigrate westwards and settle in Italic communities, where they continued to practice their trades. Often overlooked in these cross-cultural relationships is the significance of the permanent Greek settlements along the coastlines of southern Italy and Sicily, which were established starting in the eighth century B.C. In fact, this part of the Mediterranean world came to be known as Magna Graecia, or "Great Greece." The art and architecture of these cities provided an important conduit for the spread of Greek culture and aesthetics to Rome, particularly during the Hellenistic era, but in surveys of Greek art, the brilliant achievements of the Greek settlers are nearly always overlooked in favor of focusing upon the products and monuments of the Greek mainland, particularly those of Athens. Through travels in Sicily, the Bay of Naples, and Rome, this course investigates the distinctive features of the art and architecture produced in various regions of Magna Graecia resulting from the accessible natural resources and the unique cultural needs and interests that developed from the interactions of Greeks and native Italic populations. Students will additionally explore the rich artistic legacy of southern Italy and Sicily by observing its technical and iconographic effects upon Etruscan and Roman art. 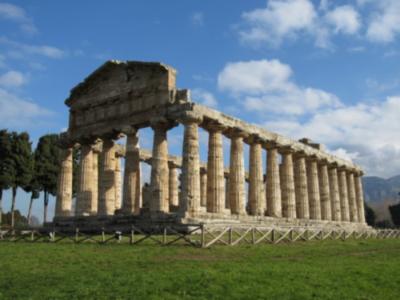 *Note that the schedule may be subject to adjustment.

Art history faculty members maintain an active research agenda and enrich their classrooms with expertise and familiarity with the latest scholarship. The faculty has garnered numerous awards from prestigious institutions like Harvard, Princeton, and Yale universities; the Metropolitan Museum of Art; and more.
Small class sizes of 15 to 35 students allow for close interaction between faculty and students. The breadth of courses offered, ranging from prehistory to the present and covering many areas of the world, is rarely found at other SUNY institutions.
The Art History Department maintains close ties to the Samuel Dorsky Museum of Art on campus, allowing our students access to original works of art. Students interested in pursuing museum careers may enroll in a specialized museum studies course offered every year by the department.