The competition is open to all PianoSummer students up to age 35.

Jacob Flier Piano Competition is open to all admitted PianoSummer at New Paltz students up to age 35. 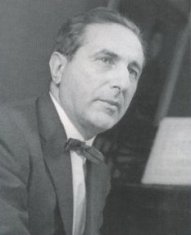 The Jacob Flier Piano Competition was established to honor this distinguished Russian pianist who taught for many years at the Moscow Conservatory and who brought up generations of prominent musicians including Vladimir Feltsman.