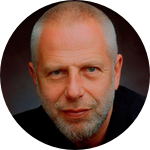 Pianist, conductor and educator Vladimir Feltsman was born in Russia and received his training at Moscow Conservatory under the guidance of Jacob Flier. After he moved to the United States in 1987, Feltsman established himself as a major artist on the international concert scene, and a sought-after teacher. He has performed with major American and European orchestras and appeared at most prestigious concert venues and music festivals worldwide. His still-growing discography includes more than 60 CDs. He is a distinguished professor of piano at the State University of New York at New Paltz and teaches on the faculty of Mannes School of Music in Manhattan. Deeply concerned with the state of musical education in the United States, Feltsman and his wife Haewon established Feltsman Piano Foundation to help young pianists realize their full potential. He is the founder and artistic director of the international festival-institute PianoSummer at New Paltz, which brings together the most talented young musicians from all over the world. His book “Piano Lessons” was released in 2019. 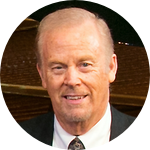 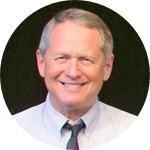 He has appeared on the world’s most prestigious concert stages, including Carnegie Hall, the Concertgebouw in Amsterdam, Queen Elizabeth Hall in London, La Scala in Milan, Bunka Kaikan and Santori Hall in Tokyo, and the Sydney Opera House in Australia. He has also performed at many great international festivals, including Mostly Mozart in New York City; Tanglewood in Lenox, Massachusetts; Ravinia Festival in Highland Park, Illinois; Schleswig-Holstein in Hamburg, Germany; Salzburg Festival in Austria; Louvre Festival in Paris; and St. Moritz Festival in Switzerland, to name a few.

Ostrovsky has a long and distinguished teaching career. In addition to his present position at the State University of New York at Purchase, he has been teaching at Piano Summer at New Paltz for many years and gives master classes throughout the world. Some of the institutions he has taught at are Moscow Conservatory (pre-college division); Catholic University of America in Washington, D.C.; and Aspen Music Festival in Colorado.

His recording for Deutsche Grammophon of the Mendelssohn sonatas for violin and piano with Shlomo Mintz won the Grammophon award for chamber music in 1988. His Moscow Conservatory Trio recordings for CMH Records were highly acclaimed, as well. 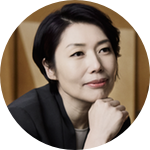 Paik has frequently performed in recital venues throughout the United States including Carnegie Hall and Lincoln Center in New York City; the Kennedy Center in Washington, D.C.; and Jordan Hall in Boston, as well as in major concert halls around the globe. She recorded the complete works by Beethoven for cello and piano with Laurence Lesser, which has been released by Bridge Records. Her debut and subsequent solo recordings can be heard on the EMI label.

One of the most sought after pedagogical influences in Korea, Paik was the youngest pianist of her generation to be appointed as a music professor at Seoul National University, where she taught for 10 years. Recently, she joined the piano faculty at New England Conservatory after teaching at Cleveland Institute of Music for several years. She is also an artist-in–residence at Daegu Catholic University and serves as the artistic director of the Busan Music Festival in Korea. She gives master classes at institutions and festivals worldwide and has served as a juror at the Cleveland, Honens, Gina Bachauer, Hilton Head, Bösendorfer and Yamaha USASU, and Seoul international piano competitions.

Paik graduated from the New England Conservatory under the tutelage of Russell Sherman and Wha Kyung Byun. Her artistic development was further influenced by her studies with Alicia de Larrocha, Karl Urlich Schnabel, and Alexis Weissenberg at the International Piano Foundation in Lake Como, Italy.