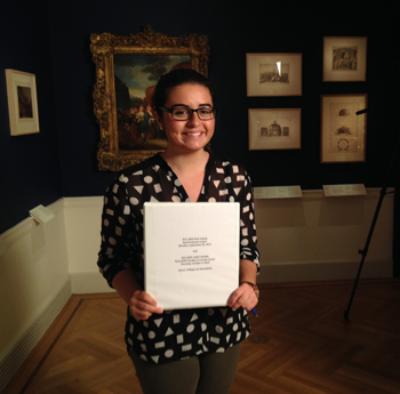 I’ve had so many opportunities here at New Paltz that have been extremely rewarding. I've been extremely fortunate to create videos and take photos for various departments on campus including the Honors Program and the College of Liberal Arts & Sciences, among others. Being a part of the Honors Program provided me not only with an interdisciplinary lens to approach my education, but also with a community of inspiring students and professors.

The support I’ve received from the SUNY New Paltz Foundation has been incredibly rewarding. Shortly after committing to attend New Paltz, I was awarded the Ruth & Raymond DeRoberts Memorial Scholarship, which supported my tuition and allowed me to allocate more time to my studies instead of worrying about debt.  At the end of my sophomore year, I was awarded the David E. Huyler Memorial Scholarship. Through scholarship support, I’ve been able to seize so many opportunities. At the end of my first year, I was awarded a second NYWICI scholarship from the Meredith Coporation, and I was honored to receive my award alongside Ann Curry, Meredith Viera, Sheryl Sandberg, and Tyra Banks. The support I've received from the New Paltz Foundation has made New Paltz become a true home for me.

The support I’ve received from the New Paltz Foundation has been incredibly rewarding."