Through its collections, exhibitions, and public programs, The Samuel Dorsky Museum of Art supports and enriches the academic programs at the university, presents a broad range of national and international art for study and enjoyment, and serves as a center for the arts and culture of the Hudson Valley.

The Dorsky Museum's permanent collection comprises more than 6,000 works of art from around the world and spans over a 4,000 year time period. While encyclopedic in nature, areas of focus include American art, with an emphasis on the Hudson Valley and Catskill Mountain region, 19th century American prints, photography and contemporary metals. The museum also has a strong World Collection that includes outstanding examples of both two and three-dimensional objects from diverse cultures, dating from classical to modern times.

The museum's temporary exhibition program has been hailed as one of the best in the region, and features exhibitions, installations, and projects by internationally recognized artists as well as annual thematic exhibitions of work by regional artists. "The Hudson Valley Masters Series" is one of the unique exhibitions that the museum periodically hosts which focuses specifically on a body of work by an internationally acclaimed artist who resides in the area. 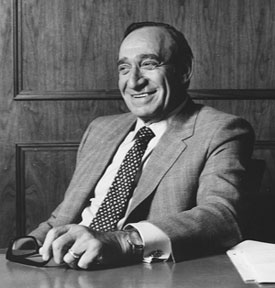 Samuel Dorsky was a self-made and self-realized individual who came to the art world relatively late in life after achieving success in the garment business. Emerging from the Great Depression, World War II, and the post-war boom years with the desire and the wherewithal to pursue both art and philanthropy, he opened an art gallery in 1963. Until his death in 1994, his gallery presented hundreds of exhibitions, featuring such well-known artists as Henry Moore, about whom Dorsky was a recognized authority, Richard Hunt, Willem De Kooning, Larry Rivers, and Robert Rauschenberg. Sam also generously championed the work of numerous lesser-known artists, whom he often befriended. The Dorsky gallery closed its doors to the public in 2001 after which Sam's children David, Noah, Karen, and Sara established Dorsky Gallery Curatorial Programs (DGCP) in Long Island City, a not-for-profit organization dedicated to promoting contemporary visual arts.

The dedication of the Dorsky Museum brought to fruition a project that had dominated the last decade of Sam Dorsky's life. Sam's lead gift to the SUNY New Paltz Foundation provided the impetus for the construction of the new museum building as well as the complete renovation of the former College Art Gallery to become part of the museum.