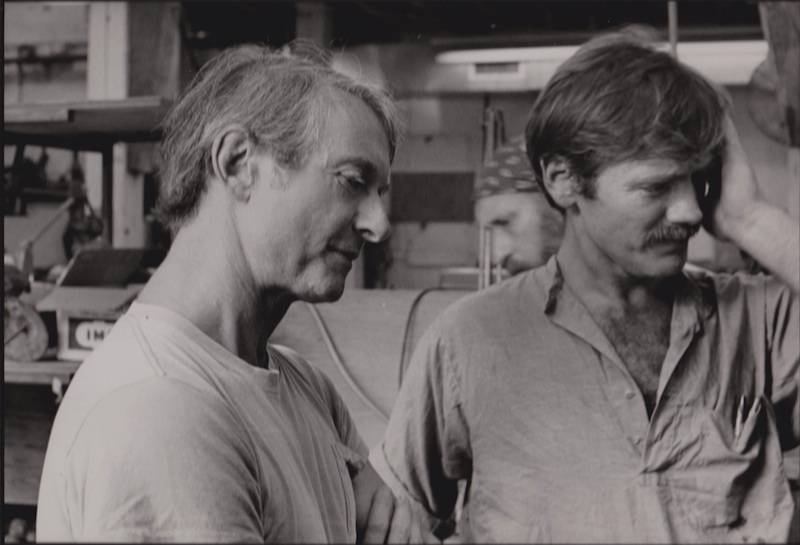 A metallurgist and art foundry owner, Polich makes art for artists. Since the 1960s his foundries have turned models, concepts, and designs into bronze, steel, aluminum, iron, and silver works of art. This exhibition will feature sculptures by Janine Antoni, Cleve Gray, Nancy Graves, Jeff Koons, Roy Lichtenstein, Isamu Noguchi, Tom Otterness, Rona Pondick, Martin Puryear, Joel Shapiro, and Frank Stella that were cast by Polich and his team of talented craftspeople. Photographs, drawings, models, and other materials in the exhibition present the creative process from sketch to finished sculpture.

Dick Polich: Transforming Metal into Art will be the first museum exhibition to survey the career of Polich, one of the world's principal art fabricators who, like others in his profession, remains behind the scenes. This exhibition reveals how Polich has impacted the development of contemporary art by opening up the industrial process of metal casting and fabrication to accommodate the creative choices of artists.

The exhibition consists of three sections. The first interweaves a history of Polich's foundry leadership from 1969 to today with 11 carefully selected works of art that reveal the transformations in style, technique, and medium fostered by Polich. The second section presents an in-depth video documentary about the Polich Tallix Fine Art Foundry by artist Stephen Spaccarelli. The third section delves into the techniques and materials of contemporary foundry work. A witty installation by Otterness demonstrates all the steps involved in making a bronze sculpture with Polich.

The fully illustrated, 106-page catalogue documents the exhibition and surveys Polich's work with artists since the 1960s. Belasco contributes a scholarly art historical survey of 50 years of work produced by Polich and his foundries. Polich contributes a statement on craftsmanship and metal casting. Participating artists, including Antoni, Koons, Otterness, Pondick, Puryear, and Shapiro, contribute personal statements about collaborating with Polich. Longtime employees Vanessa Hoheb and Thom Joyce provide behind-the-scenes descriptions of Polich's energy and influence. Additional materials include a list of the nearly 500 artists who have made art with Polich, and a world map locating over 100 public monuments and sculptures produced in his foundries.

Public programs on the SUNY New Paltz campus this fall include an October 5th gallery talk by Polich on the properties of metals, and a conversation between Polich and artists with whom he has worked closely on November 2nd. A panel discussion by artisans at the foundry will discuss the experiences and challenges of being the maker of an artist's work. Details on our programs can be found here.

See a map of works made at Polich Tallix Worldwide here. 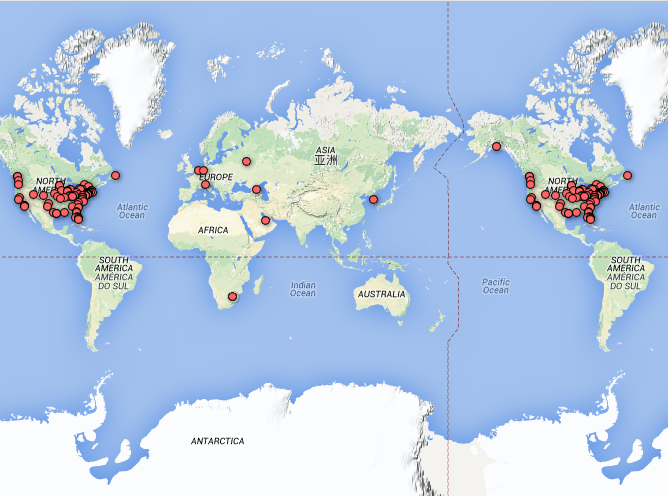 Polich started his first art foundry in a garage near Cold Spring in the late 1960s. He quickly attracted a range of artists, both traditional and avant-garde. In 1970, he launched Tallix, moving to a new space in Peekskill. Early works from this time involve conceptual approaches to metal as subject matter. Sculptor Joel Shapiro worked with Polich on pieces that bridge conceptual art and metallurgy, such as Untitled (Six Kinds of Metal) (1969). Abstract expressionist painter Cleve Gray bronze cast sculptures inspired by Hawaiian lava flows, including Number Fifteen (1971).

In 1976 Polich moved Tallix to larger quarters at Center Dock in Peekskill. That year Kenneth Tyler, the renowned printmaker, introduced Polich to a new group of artists including Roy Lichtenstein. Lichtenstein went on to produce over 60 cast and fabricated sculptures at Tallix from the mid 1970s to the 90s. In the exhibition, Lichtenstein's Lamp on Table (1977) will be presented alongside several preliminary drawings and studies, including a full-scale drawing with tape. Later in the 1970s, Nancy Graves began using Polich's foundry as an auxiliary studio. Graves preferred the burnout method to cast a variety of organic materials, from fish to fruit. She welded them into unexpected juxtapositions and worked with artist Toni Putnam, who ran Tallix's patina department, on creating bold colors, as with Looping (1985).

With his reputation firmly established, in 1986 Polich moved Tallix to a huge, 80,000-plus square-foot facility in Beacon. There he attracted artists with a range of attitudes about art and casting. Isamu Noguchi, who preferred direct carving in stone and wood over foundry work, relied on Polich to produce immaculate bronze records of his models and sculptures from the 1930s to the 1960s, like Strange Bird (1945/1988). Jeff Koons came to Tallix with plastic inflatables and cheap souvenirs to be cast in metal. These castings, such as Cape Codder Troll (1986), a cubistic tchotchke in polished stainless steel included in the exhibition, became a notorious body of work.

The 1990s were both productive and tumultuous for Polich. Tallix expanded and contracted, and in 1995 Polich left to start a new foundry, Polich Art Works (PAW). At PAW, Polich picked up where he left off, fabricating large-scale works of national and international significance, like the Korean War Veteran's Memorial in Washington, D.C., as well as intimate castings such as Janine Antoni's Umbilical (2000). The looping forms of Frank Stella's Miami Bandshell (2000) captures his drive to invent a new sculptural geometry. PAW and Tallix merged in 2006 to become the Polich Tallix Art Foundry, based in Rock Tavern.

Beginning at Tallix and continuing today at Polich Tallix, Polich has continued to raise the bar. He is now using digital and 3D design, while experimenting with new alloys of copper and ductile iron. Rona Pondick's Cat (2002-5) demonstrates the complex process of melding casting and digital tools. Martin Puryear contributes a 15-inch ductile iron model of his over 11-foot wide Slavery Memorial, to be installed at Brown University in August 2014. Joel Shapiro's Untitled (2014), a ductile iron cast of a burnt wood construction, is the latest project in a 45-year long relationship between the artist and Polich. Finally, a nine-part installation by Tom Otterness demonstrates all the steps involved in making a bronze sculpture with Polich, from sketch to patina. 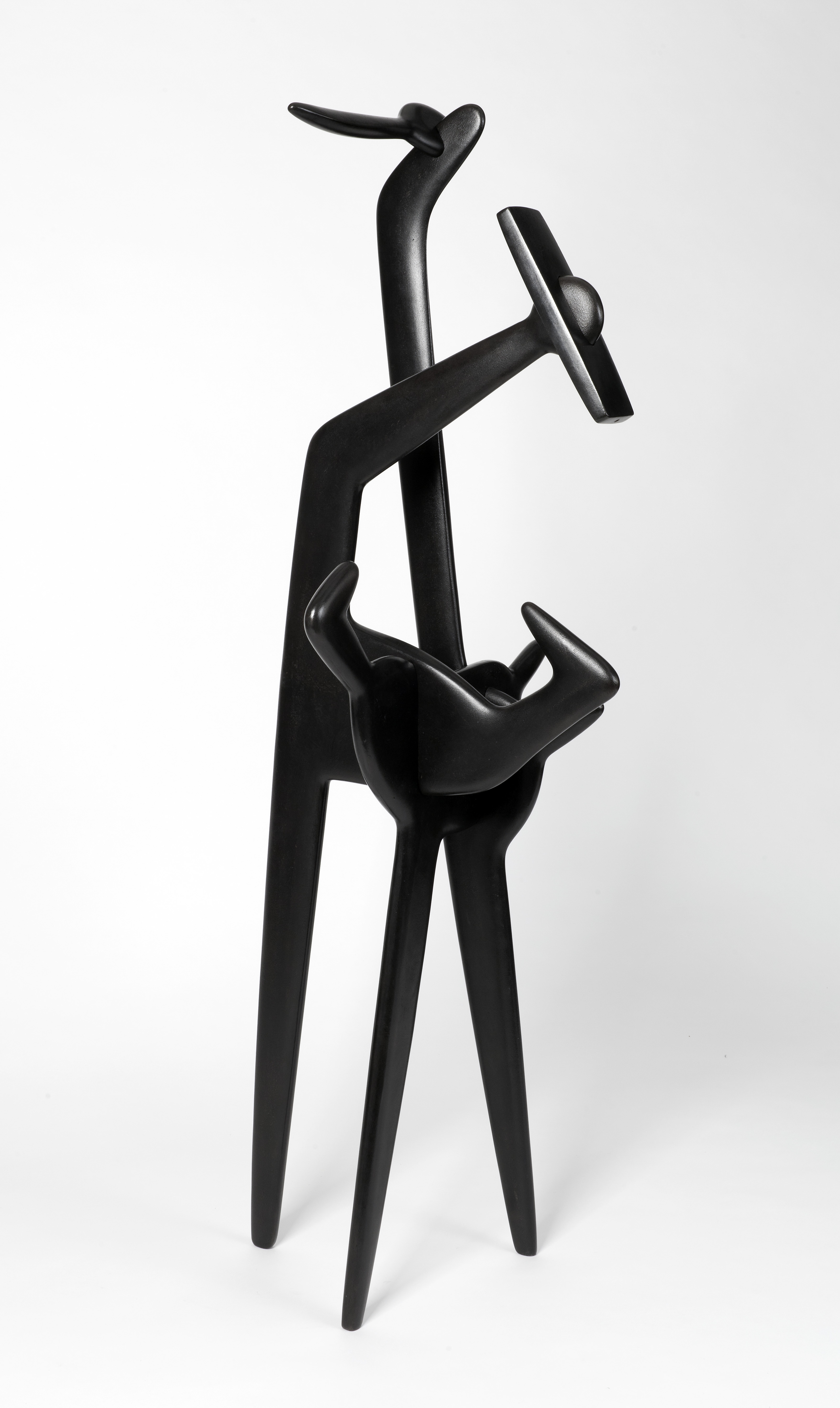 In addition to the works of art, a range of educational and interpretive materials will be shown in the museum to illustrate the complex process of metal casting. Stephen Spaccarelli's HD video documentary will be projected in a gallery. Interviews with friends, family, employees, artists, and Polich himself reflects on past accomplishments and give a behinds-the-scenes look at the Polich Tallix Fine Art Foundry.

A special materials and process gallery includes a range of material samples and test pieces that show what is possible at Polich Tallix today. Finally, visitors can use an interactive world map. Clicking one of the 120 pins on the website will reveal information about public art and monuments made at Polich's foundries and displayed internationally. The interactive map was created by Joshua Simons, senior research associate, Center for Research Regional Education and Outreach, at SUNY New Paltz. 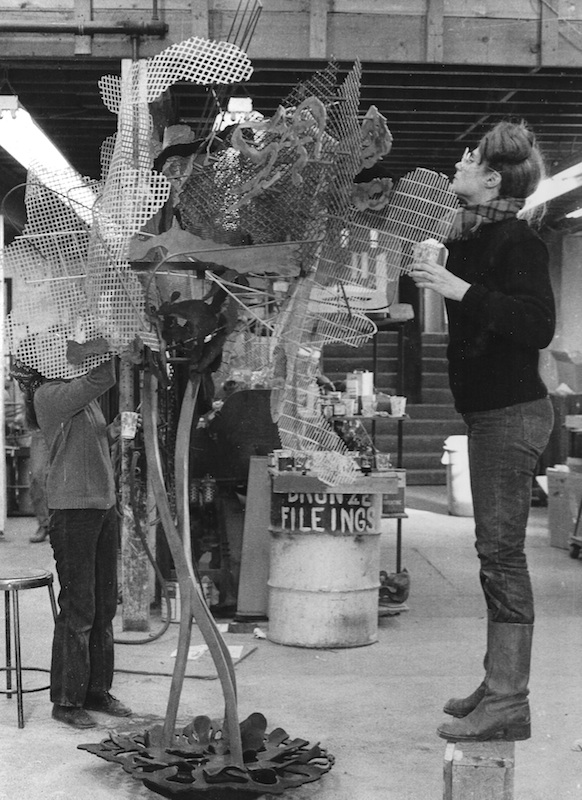 Richard F. (Dick) Polich has been on the forefront of fine arts casting and fabrication for nearly fifty years. Renowned for his energy, thirst for innovation, and attention to craft and detail, Polich has set the standard for fine art casting in all media and scales. He was born in Chicago in 1932. He received a BA in economics in 1954 from Yale University, where he also studied modern art and architectural history. From 1954 to 1956 he worked at the American Brake Shoe Company. From 1956 to 1959 he served as a pilot in the U.S. Navy. Polich attended Harvard Graduate School of Design in 1960. From 1961 to 1964 he worked and studied in the foundry of the Massachusetts Institute of Technology, earning a master's degree in metallurgy and gaining exposure to advanced art casting practices. Polich worked in the aerospace industry until the late 1960s, when he left the industry to open a small art foundry in upstate New York. Tallix opened its doors in Peekskill, NY, in 1970, and moved to Beacon in 1986. Polich left Tallix in 1995 and in 1996 opened a new art foundry, Polich Art Works (PAW). PAW and Tallix merged in 2006 to become the Polich Tallix Art Foundry, based in Rock Tavern, NY. At any given time, hundreds of artworks are in development at Polich Tallix for artists, galleries, museums, municipalities, and collectors around the world.

Polich is being featured as a part of The Dorsky Museum's "Hudson Valley Masters" series, which has honored Robert Morris, Don Nice, Leslie Dill, Judy Pfaff, and Carolee Schneemann with one-person exhibitions that provide an in-depth survey of a selected artist's career and current work. The exhibitions are accompanied by scholarly catalogues that become part of a permanent archive documenting the region's rich contemporary art scene.

** We are currently seeking names and contact information for the many artisans and other employees who were employed at the following foundries: Tallix Foundry, Peekskill; Tallix Foundry, Beacon; Polich Art Works, Newburgh; Polich Tallix Inc. Fine Art Foundry, Newburgh. For more information: http://www.dorskymuseum.org/