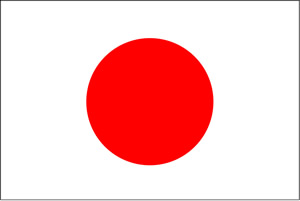 SUNY New Paltz has established direct relationships with Kanazawa University and Nagasaki University of Foreign Studies, and many of students majoring or minoring in Asian Studies have attended these institutions. New Paltz students may also choose from other SUNY overseas programs in Japan, for a summer, single semester, or academic year. Programs may be thematic or language-based. Popular locations include Tsukuba University (via SUNY Oswego), Kansai Gaidai (via SUNY Albany), Seinan Gakuin - Fukuoka (via SUNY Oneonta).

pplications may be made to multiple institutions via a single SUNY application. For more information on each program, students may consult the searchable index of SUNY overseas programs and the international program offices at individual SUNY campuses.

Kanazawa Universityprovides generous scholarships annually for two students from New Paltz to study at that university in its Student Exchange Program (KUSEP). Awards include transportation to and from Japan, tuition exemption, funds for university fees and a living allowance. Nominations for KUSEP are made by the faculty at New Paltz based on successful study of the Japanese language at New Paltz and excellence in other coursework. Consideration is given to the applicants' perceived ability to live abroad successfully.

Kanazawa University has established a prerequisite of 150 hours of Japanese language study for KUSEP students. This would be the equivalent of completion of Japanese 101-2, and 201-2 at SUNY New Paltz. All students in the KUSEP program in Japan must study the Japanese language. Required courses in Japanese society and geography are offered in English, as are electives in business, literature, and culture. For further information on the KUSEP competition, contact the Asian Languages Coordinator in the Department of Foreign Languages.

Students of Japanese can enroll directly in the program for foreign students at Kansai Gaidai, a short distance from the city of Osaka, for a semester or a full academic year of study. This program is administered by SUNY Albany and costs often parallel SUNY tuition. Students may use their New Paltz campus financial aid packages while studying at this institution. Courses in Japanese literature, culture, history, and business are offered at Kansai Gaidai in English. Students are expected to study Japanese which is offered at all levels, with separate courses for the spoken language, the written language, and grammar. Beginners as well as advanced students are accepted. For information, see the Center for International Programs.

For study abroad in Japanese language. Applications are generally due in early April.

Each year fellowships to study in Japan are made available by the Ministry of Education of the Japanese government. It offers The Japanese Government Scholarship for Japanese Studies to qualified college freshmen, sophomores and juniors wishing to pursue Japanese language and studies at the undergraduate level in a Japanese university during the period the next academic year. Recipients must return to their university in the United States for an additional year of undergraduate study after their year in Japan.
Candidates for this scholarship who pass the initial screening will be asked to come to the Japanese Consulate in New York for a language test and interview in early or mid-April. Preference is given to Japanese majors, although Japanese minors will be considered. Applications for this scholarship are available annually early in the spring semester from the Asian Languages Coordinator in the Department of Foreign Languages.

More than 90% of the participants serve as assistant English teachers (JALs) to youngsters in Japanese schools throughout the country. These assistants are paid directly by the schools or districts in which they teach.

A second type of JET employees, called Coordinators for International Relations (CIRs) are persons placed mainly in offices of local governments. CIRs engage in international activities under the guidance of the division management in offices in prefectures, cities, towns or villages. The positions require advanced language skills, as well as a strong sense of responsibility for complex work. Recently a New Paltz graduate held such a position in Shizuoka Prefecture, where she acted as a liason between JET teaching assistants and their Japanese hosts. She also worked in aspects of prefectural administration where the prefecture had business with non-Japanese personnel and visitors.

A third category is the Sports Exchange Advisor. SEAs are placed in offices of prefectural or designated city governments, or their related divisions. They provide assistance with sports training programs including cooperating and advising on planning, designing and implementing sports projects, and in training talented athletes. They may also be asked to work with training local government employees and residents of the community.

Salaries for JET staff can be very generous, and previous JET staff have been able to repay their college loans with savings from their Japanese salaries. JET appointments can be renewed for up to three years. For information on the JET Program, the Web site.

Graduate Awards to Study in Japan

Scholarships are offered by the Ministry of Education to graduates of universities and colleges for research in Japan. They also offer awards to study in professional training schools, such as Civil Engineering and Photography, and for teachers in American school systems to study in Japan for professional improvement. These competitions all have August deadlines.

For further information on Japan programs, contact the Asian Studies Program or the Center for International Programs.