Connect With Us
Rosie Phillips Davis 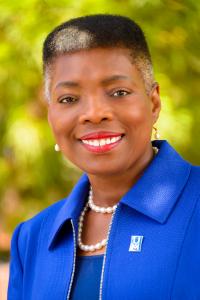 A former member of APA’s Board of Directors, Davis has held many leadership roles within the organization, including on the governing Council of Representatives, the Finance Committee, the APA Foundation Board, the Board of Professional Affairs and the Board of Educational Affairs.

Davis’ scholarship has focused on the power of inclusion, multicultural vocational psychology, ethics and living well in a diverse society. She has served on the editorial boards of several journals, including currently on the Journal of Career Assessment. She is the author of numerous articles and book chapters on career counseling and has co-edited two books. She is a co-founder of APA’s National Multicultural Conference and Summit, which takes place every two years.

The fifth of 12 children, Davis was born to sharecroppers in Mississippi who, in search of a better life, moved to Memphis when she was a young child. She was the first person in her family to attend college and earned a bachelor’s degree in sociology and education at Elmhurst College, a master’s degree in counseling and guidance and a PhD in counseling psychology, the latter two from The Ohio State University.

The focus of Davis’ presidency is to address the problem of deep poverty, where a household’s annual income falls below 50 percent of the poverty line. The goals of the initiative are to change public attitudes and perceptions about deep poverty, re-frame negative attitudes toward poverty to garner political support for an effective safety net and build the capacity of organizations to access and use psychological science to more effectively promote and implement evidence-based antipoverty programs and policies. She is a founding board member of the Women’s Foundation for a Greater Memphis, whose mission is to help women break the cycle of poverty through philanthropy, leadership and collaboration.