Connect With Us
Tobias Wolff Highlights 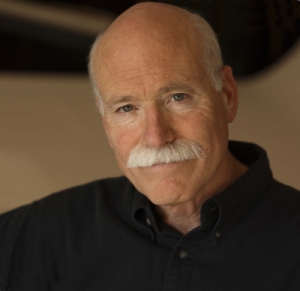 Born in Alabama in 1945, Tobias Wolff traveled the country with his peripatetic mother, finally settling in Washington State, where he grew up. As a scholarship student, he attended the Hill School in Pennsylvania until he was expelled for repeated failures in mathematics in his final year, whereupon he joined the Army. He spent four years as a paratrooper, including a tour in Vietnam. Following his discharge he attended Oxford University in England, where he received a First Class Honours degree in English in 1972. Returning to the United States, he worked variously as a reporter, a night watchman, a waiter and a high school teacher before receiving a Wallace Stegner Fellowship in Creative Writing at Stanford University in 1975. He is currently Ward W. and Priscilla B. Woods Professor in the Humanities at Stanford, where he lives with his wife Catherine. They have three children.

Tobias Wolff’s books include the memoirs This Boy’s Life and In Pharaoh’s Army: Memories of the Lost War;  the short novel The Barracks Thief; the novel Old School, and four collections of short stories, In the Garden of the North American Martyrs, Back in the World, The Night in Question, and, most recently, Our Story Begins: New and Selected Stories. He has also edited several anthologies, among them Best American Short Stories 1994, A Doctor’s Visit: The Short Stories of Anton Chekhov, and The Vintage Book of Contemporary American Short Stories. His work is translated widely and has received numerous awards, including the PEN/Faulkner Award, The Los Angeles Times Book Prize, both the PEN/Malamud and the Rea Award for Excellence in the Short Story, the Story Prize, and the Academy Award in Literature from the American Academy of Arts and Letters.