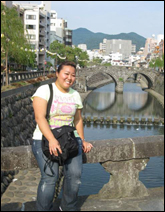 Elizabeth Chen is an EOP student and Visual Arts Major and also was a recipient of the Gillman Scholarship. Elizabeth discusses her experience in the program.

In Japan it was really easy to make friends. They were more than willing to befriend you and teach you about their culture, and I had the chance to quickly learn the language. When I went, I had little knowledge of the language, but gradually my language became better, and I got to learn about their way of life outside of class. I thought classes would be stressful, but they weren't because the classes quickly immersed the student into the culture. All the regular academic classes were held in English, while the Japanese language class was taught only in Japanese. 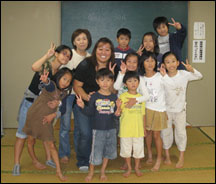 We also had the chance to study Japanese traditional art and martial arts and our school held field trips that were exciting. We visited an Onsen (traditional hot spring), which was my most enjoyable experience during my stay, and I went their almost every weekend. We also went to the museum of where the site of the nuclear bomb took place.

I was really excited about being in Japan but towards the end of my stay in Japan was when I really started to miss my family, but during my stay there I had the chance to use Skype and a mobile phone to keep in touch with them. Saying good-bye on my last day was really hard. It was a tearful good-bye to all the people we've met. I can say I really didn't want to leave. If I had the chance I would've wanted to stay longer. But in the end, I made a few good friends that I still keep in touch with and plan on visiting again really soon. 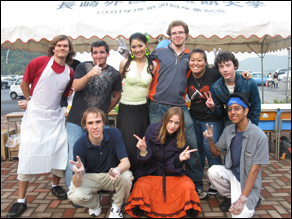