"Ideally I’d like to work at the embassy. I’ve always been interested in working globally. Just working for the better interest of the human society, trying to better relationships." 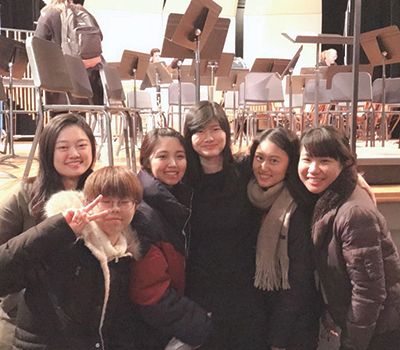 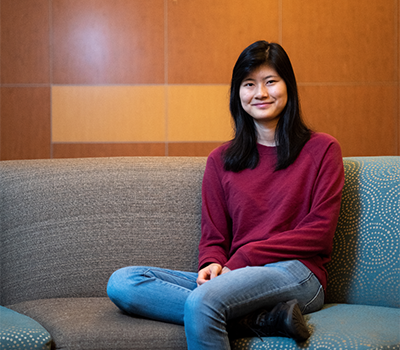 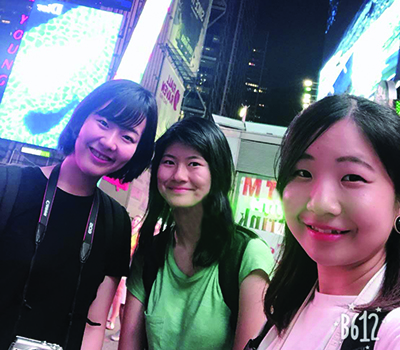 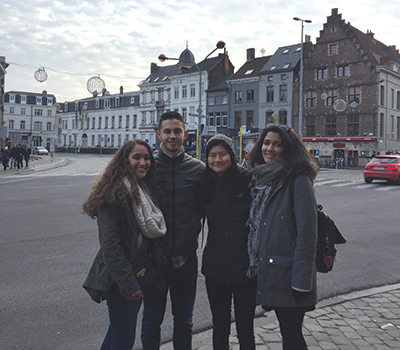 How has New Paltz helped you work towards the goal of working internationally and meeting with people from other cultures?

I was involved in this program called Model European Union. We actually went to Belgium for two weeks and simulated what it would be like to be in the European Union. It was amazing, honestly. I met so many people from different universities in the SUNY system, but also from French universities and Austrian universities.

How do you feel about the idea of after you graduate, maybe there’s a job available but it’s in another country? Did the experience in Belgium make you think your career might take you to different parts of the world?

Yeah, I was really thinking about going to grad school in Europe, maybe. There’s a program at the university I visited for a masters in International Affairs, and it’s only one year. So, I was like, “Wow, that sounds great!” Plus, it's in Brussels, the capital of the EU and where NATO is. So, maybe if I had the right connections, it’d probably be the best place to be.

What other experiences have you enjoyed aside from Model EU?

I’ve done a lot of work with the Honor’s program. It's been one of my best experiences. I’ve worked at Open Houses and got to know students. Some of the students who are freshman here, they’re students that I talked to last year saying, “You should come to New Paltz and join the Honor’s program!” Helping students try to achieve their highest potential is something that I really enjoy.

Are you involved in any other groups or clubs on campus?

My friends and I recently started a new club called The United Nations Association. I’m the Vice President. We’re planning on doing events like trivia night and a future trip to the UN. We started it last semester but it's really starting to get off the ground now. We've been working on getting the word out through advertisements in the political science newletter and posters on campus.