Britania Mallol is an Educational Opportunity Program student and English major who studied abroad at Middlesex University in Spring 2010. She was the recipient of the $750 EOP Travel Grant. 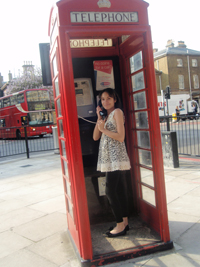 I believe that studying abroad was a personal growing and learning experience. I remember packing and feeling anxious about studying in London, and the feeling persisted during my 7 hour long flight. At some point I realized that if I did not study in London I would later look back and feel like I let fear control and prevent me from experiencing new opportunities. I had to learn how to be on my own while adapting to a new environment, school, and transportation system. The vast distance from anything familiar is enough to make one feel vulnerable and out of place. At first, exploring London felt overwhelming, but I eventually adjusted to my surroundings to the extent of viewing my host country as a second home.

The most difficult part of assimilating into a new culture was doing so without the physical support of family or friends. Having left home for college was a stepping stone towards independence, but studying abroad has made me a truly independent individual. I attribute this to being thousands of miles away from anything or anyone familiar and having to adapt. Moreover, I am now aware of how little I know about foreign countries and how much of the world I have not seen. I used to love the idea of traveling but was always too afraid of getting lost and the unknown. However, I have realized that getting lost is part of the experience and that you eventually find your way. In a sense studying abroad has made me a bit fearless and outgoing. Furthermore, I have learned that although everyone is from a different region or culture it does not prevent one from relating to others. Regardless of the various differing backgrounds, all of us share the common thread of humanity. For this reason, I believe being a world citizen means to be able to adapt and converse with people from all parts of the globe.

Britania encapsulated her experience by stating: ..." I realized studying abroad is a once in a lifetime experience... towards the end of my stay.... London had become my second home." 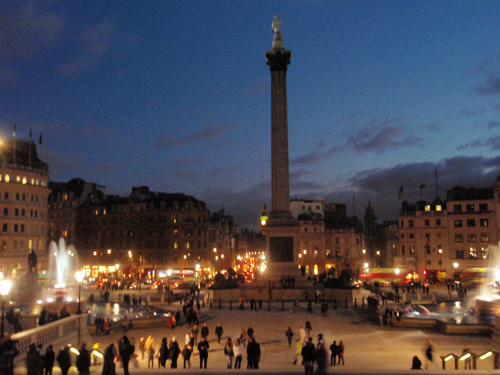