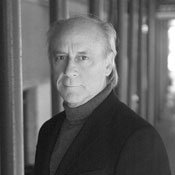 News Media Under Siege
This course will provide an in-depth examination of the problems faced by American newspapers and television news programs in a rapidly changing media environment. The trends include declining circulation and stock prices, unprofitable websites, blogger competition, changing consumer patterns among younger readers, continued growth of newspaper chains, hostile court decisions and the negative effect of deepening political partisanship. Special emphasis will be placed on how these trends impact the working newsroom.

John Darnton's journalism career has stretched from the avenues of Manhattan to the dusty roads of Lagos, Nigeria to the teeming streets of Krakow, Poland. And as he trudged those streets - pad in hand as a reporter for the New York Times - Darnton has witnessed revolution, corruption, dictatorship, and the bright lights of Broadway.

And it is that richness of experience, as well as a Pulitzer Prize in journalism, two George Polk Awards and two best-selling novels that Darnton brings to the Hudson Valley and SUNY Paltz as he becomes the college's fifth James H. Ottaway Sr. Professor of Journalism. He is the third Pulitzer Prize winner the college has brought to campus.

"What excites us most about John Darnton," said the college's President Steven Poskanzer, "is the passion that he has shown in his work, the fearlessness in Poland in a dangerous time and the feisty and defiant journalism he showed in Africa when being silent might have been the prudent choice."

Passion for journalism comes easily to Darnton. He was born into a journalism family, His mother, Eleanor, was the New York Times' women's news editor and his father, Barney, was a foreign correspondent stationed in New Guinea during World War II. When John was only 11 months old, his father, who was 45 years old, was killed while onboard an Australian fishing vessel when an American B-25, believing it was Japanese, strafed it, killing the elder Darnton.

"A family recovers from death by giving it meaning," Darnton later recalled, "and in our family the article of faith was that he died as a newspaperman, seeking out the truth and giving voice to people fighting for their country half a world away." The lesson was not lost on the young Darnton, who, in reflection, said, "I supposed it was preordained that when I graduated from college and married, my thoughts would turn to a job on a paper."

So, after graduating from the University of Wisconsin, where he was a psychology major, Darnton joined the Times in 1966 as a copyboy. He worked for eight years in and around Metropolitan New York City. He covered stories ranging from the discovery of ancient fossil bones at Yale University to widespread racial disorders in Hartford to political infighting over New York City's government.

Some of his stories were of the basic cops and robbers variety - a torso found by police in a wastebasket - while others captured the growing unrest that was sweeping America - 60 students detaining four top Yale officials after a black dining hall employee was fired. In the mid 1970s he chronicled New York City's spiral into bankruptcy asking, eventually in a page one news analysis, "Who's at fault?"

Darnton even came to New Paltz in September of 1970 to cover a story about two local physicians who were feuding with the village board over dispensing the synthetic heroin substitute methadone. He wrote stories about President Nixon, Vice President Agnew, Governor Rockefeller and New York Mayor John Lindsay.

For Darnton, his coverage of issues in the metropolitan region was merely preparation for the climactic reporting that would follow when he was sent overseas by the Times to write about West Africa. His stories about Nigeria so irked the government, however, that in March of 1977 he was arrested, jailed and then expelled from the country after his office and home were searched and he was interrogated for eight hours. He was not harmed.

Darnton believed it was his articles detailing the abuse of human rights in the country that irked the government. Darnton stayed in Africa and was based in Nairobi, Kenya, where he covered in succession a civil war in Rhodesia; anti-apartheid riots in South Africa; wars and guerrilla movements in Ethiopia, the Congo and Somalia; and the fall of the brutal dictator Idi Amin in Uganda. In February 1979 Darnton received a James K. Polk award for his African reporting. The award is named after a CBS newsman killed covering the Greek civil war in 1948.

In August 1979, Darnton - joined by his wife, Nina, and two daughters -- was assigned in to report from Poland, an Eastern European Communist country that was in the throes of bad economic times. "The country was like an old, once glorious manor house," Darnton said. "Viewed from the outside, to all intents and purposes, it was still standing and looked sturdy enough, but inside, in the basement, the foundation was rotting."

Darnton began to send back dispatches on the country's tensions -- on the censorship that the poles were circumventing, on springtime in a country where the people were waiting on line for food, on the rise of Lech Walesa, an electrician who he described as "a natural activist," and on mounting evidence of corruption in the Communist government.

By the summer of 1980, led by Walesa, a chain reaction of strikes virtually paralyzed the country and gave rise to the Solidarity workers movement. Freedom seemed on the rise, but by October, Darnton wrote ominously in the Times, "the union and the government are locked in a collision course." He later would comment: "For 16 unbelievable months, while the world watched and held its breath, all that energy and inspiration poured out… breaking open windows, smashing down walls, drawing up new blueprints, a cacophony of hammering and sawing and yelling."

But the pro-democracy movement began to grind to halt when in December 1980 the Soviet Union proceeded with a massive military buildup along Poland's border. A year later the country's defense minister declared martial law under which the army and special riot police were used to crush the union. Virtually all Solidarity leaders and intellectuals were arrested or detained. Darnton had to resort to smuggling his stories out of the country. Through it all Darnton was filing stories day after day, chronicling the struggle of a people bent on freedom.

But getting stories back to the Times was Darnton's biggest challenge. "Poland was totally cut off," Darnton recalled. "It was as if a country in the center of Europe was sucked into a black hole and disappeared. So I used the oldest system around -- typing my stories and sending them out via "pigeons" -- stranded Westerners, who were the only ones allowed to leave the country." Darnton wold make three carbon copies of each story and sent all four out, since he had no way of knowing if any arrived.

Darnton sent the stories out by various means -- hiding one in a Marlboro cigarette pack given to a businessman at the airport, stuffing another in the boot of a hippie in the lobby of a hotel. He also had a German photographer take pictures of his stories, page by page, and smuggle the film out to Time magazine in New York, which then forwarded it to the Times. Each story was given a name in alphabetical order --Abigail," "Betty" ... He then instructed the foreign desk to send him a telegram, saying words to the effect, "Abigail says hello. Betty sends her best. " Thus, the incoming telegrams were the only way Darnton could know which stories were being received and printed.

Undoubtedly Darnton's stories in the world's most powerful newspaper played a role in the march to freedom. In a series of slow uneven steps the Polish regime rescinded martial law. In December 1982 martial law was suspended and a small number of political prisoners were released. martial law formally ended in July 1983 By August of 1981, Darnton could write in the Times that Poland is "a different country." In fact, he added, "it is the freest nation in eastern communist Europe…and perhaps anywhere in the Communist world."

In recognition of his reporting, in 1982 Darnton won the Pulitzer Prize for international reporting, as well as a second Polk Award.

Darnton's next assignment was in Spain, where he covered the rise to power of the Socialist party. He returned to New York as deputy foreign editor and then became metropolitan editor and news editor on weekends before taking up another stint abroad as the Times' London bureau chief.

Darnton returned from London in 1996 to become the Times' culture editor, a job he held for six years. In that position Darnton oversaw the Times' influential coverage of the Broadway theatre, the movie industry, television and the lively New York City dance and art world. He was responsible for the daily Arts section, for the Weekend sections, the Arts and Leisure section on Sunday, and the paper's television magazine. He oversaw a staff of 80 reporters, editors and critics.

In the same year that he became culture editor, Darnton published his first novel, Neanderthal (New York: Random House), about the discovery of primitive protohumans. Three years later came The experiment (New York: Dutton), which weas about cloning. Both books made the New York Times best-seller list. His third book, Mind Catcher (New York: Dutton) a thriller about human consciousness, appeared in 2002. His next novel, Darwin's confessions, will be published by Knopf next year.

After movie rights to Darnton's first novel has been sold to a Hollywood producer, he was interviewed for a newspaper article and asked how he felt about his new stardom as a novelist. "I still think journalism is one of the greatest things you can do," he replied. "I didn't get into it for the money, so I wouldn't leave it for the money."