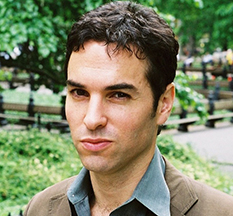 Eyal Press, an author and prolific journalist whose work concentrates on ethics and social justice, is the 2016 James H. Ottaway Sr. Visiting Professor of Journalism.

Press is teaching an upper-level journalism seminar called “Reporting on Divisive Subjects,” which will explore the challenges reporters face when they choose to write about emotionally fraught subjects, and to introduce students to journalists’ varied approaches to meeting those challenges.

Eyal Press is the author of Beautiful Souls: Saying No, Breaking Ranks, and Heeding the Voice of Conscience in Dark Times, a book of narrative journalism that considers the choices and dilemmas faced by those who reject duty and the expectations of others in order to remain true to their principles. His previous book, Absolute Convictions, is a personal account of conflicts between abortion providers, protesters and politicians. His articles have appeared widely in publications including The New York Times and The Nation.

Press is a 2016 Visiting Journalist Fellow at the Russell Sage Foundation, which supports journalists in projects related to the Foundation’s mission of the “improvement of social and living conditions in the United States.”

He is also a recipient of the James Aronson Award for Social Justice Journalism, a prize presented annually by Hunter College of the City University of New York in recognition of original reporting that brings to light widespread injustices, examines their causes and searches for possible reforms.

His prior teaching experience includes serving as a Visiting Scholar at the Institute for Public Knowledge.