"The Benjamin Center is an invaluable resource in my role as representative of the 103rd Assembly District. The Center’s research has provided me with practical knowledge that I have used, both in the legislature and my home district, to better meet the needs of the people I serve."

Kathleen (KT) Tobin, Ph.D., is responsible for designing, managing, and producing projects focused on regional issues and concerns. She is a graduate of SUNY New Paltz (Sociology, ’92), holds an M.S. in Social Research from CUNY Hunter, and a Ph.D. in Sociology from SUNY Albany. Before returning to her alma mater SUNY New Paltz in 2008, Dr. Tobin led projects at the Marist Institute for Public Opinion for over a decade. Dr. Tobin's research agenda focuses on equity, democracy, and sustainability. She examines civic engagement, government transparency, and women in politics. She has a particular interest in environmental and social justice. She has critiqued how we pay for our schools and how we test our students. Select recent projects include:

Forthcoming studies to be released in 2019: determining the true cost of living in the region; assessing climate change vulnerabilities and adaptation strategies for Orange County; further reports on Albany County’s local government workforce; and, in connection the centennial of women achieving the right to vote, a study of women in NYS local governments. Later this year, SUNY Press will publish Suffrage and It’s Limits: the New York Story, which will include Dr. Tobin’s chapter, “Women in Local Political Office in New York State.”

Tobin is actively engaged on campus and in the community. In 2018, she received a Chancellor Awards for Excellence in campus service. Tobin is an affiliated lecturer in Sociology and the courses she teaches include Introduction to Sociology, Social Inequality in the United States, Research Methods, and Women in Politics. She is currently the Deputy Mayor of the Village of New Paltz and is former New Paltz School Board vice president.

Gerald Benjamin joined the New Paltz faculty as an assistant professor of political science in 1968 and achieved the university's highest rank in 2002 when he was appointed as a distinguished professor by the SUNY Board of Trustees. He served as chair of the Department of Political Science, presiding officer of the faculty, and Dean of the College of Liberal Arts and Sciences from 1996-2008.
» Read more about Dr. Benjamin 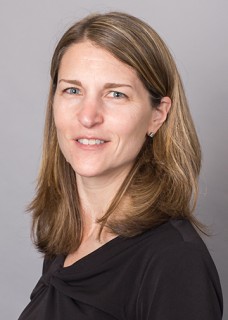 Robin Jacobowitz is the director of education projects at the Benjamin Center at SUNY New Paltz. She taught for many years as an adjunct in SUNY New Paltz's School of Education. Previously, Jacobowitz worked at New York University's Institute for Education and Social Policy, where her research centered on the growth and development of charter schools in New York State, the organizational structures that facilitate teaching and learning in New York City small high schools, and leadership transitions in new schools in New York City. She also worked with the University of Chicago's Chapin Hall Center for Children, where her research focused on the relationship between constituency building and policy work in affecting systemic school reform in New York State. Prior to beginning her career in research, Jacobowitz worked with the Public Education Network in Washington D.C., where she provided technical assistance to local education funds around the country on issues of school governance, school health, and public engagement. Jacobowitz holds an M.Ed. in education policy from the Harvard University Graduate School of Education, and a Ph.D. from the Robert F. Wagner Graduate School of Public Service at New York University. She is currently a trustee on the Kingston City School District Board of Education and a member of the executive committee of the Ulster County School Boards Association.

Joshua Simons specializes in geographic information systems (GIS), redistricting, shared service analysis, and data visualization. He holds a Bachelor of Arts in Political Science from SUNY New Paltz, magna cum laude (2008), and a Master of Public Administration degree from Marist College (2016), and is a member of the Pi Alpha Alpha Honor Society. His recent projects include the creation of charts and diagrams for the Orange County Citizen’s Foundation 2015 Report Card, the creation of an online interactive map and web site to display information about vacant properties in the City of Newburgh, and he is currently working on the creation of an online interactive map for The Greater Walkway Experience and is a consultant for the City of Poughkeepsie Charter Reform Commission.