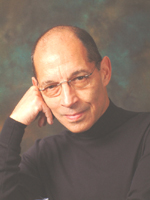 Gerald Sorin has taught history at the State University of New York at New Paltz since 1965. He has also taught in the Netherlands at the University of Utrecht's School of Journalism, and at the University of Nijmegen, where he held the John Adams Distinguished Chair in American Studies as a Fulbright Professor. He is the former Chairman of the History Department (1986-1996) at SUNY, New Paltz, and continues there, since 1983, as Director of the Jewish Studies Program. In 1989 he founded and continues to direct the Louis and Mildred Resnick Institute for the Study of Modern Jewish Life. And In 1994 he was awarded the State University's highest rank- Distinguished University Professor.

His early work centered on the Civil War era, slavery, and the abolitionists, and included many essays and two books: The New York Abolitionists: A Case Study of Political Radicalism (1970), and Abolitionism: A New Perspective (1972), which was nominated for the Pulitzer Prize in History. Sorin's interest in radicalism carried over into his later work in Jewish Studies with dozens of essays in the scholarly journals and with his book The Prophetic Minority: American Jewish Immigrant Radicals, 1880-1920 (1985). He went on to write The Nurturing Neighborhood: The Brownsville Boys Club and Jewish Community in Urban America, 1940-1990 (1990), a work described by critics as "a model account of neighborhood life, adolescent culture, generational change, and American ethnicity." This was followed by A Time for Building: The Third Migration, 1880-1920 which is part of the acclaimed five-volume series The Jewish Experience in America, ed. Henry Feingold (1992). In 1997 Sorin published his concise interpretative overview of three hundred years of American Jewish experience, Tradition Transformed.

Professor Sorin's recent work on the Yiddishist and literary and social critic Irving Howe began with his article Irving Howe's "Margin of Hope": World of Our Fathers as Autobiography,American Jewish History (December 2000) and culminated withIrving Howe: A Life of Passionate Dissent (2002), a biography that was awarded the Saul Viener Prize by the American Jewish Historical Society for Best Book In American Jewish History 2001-2002. More recently Dr. Sorin's life of Howe was listed as a New York Times Notable Book of 2003 and won the celebrated National Jewish Book Award in History for 2002-2003, the oldest and most prestigious award in the field of Jewish literature. Sorin in 2013 again won the National Book Award for his biography of "Howard Fast: Life and Literature in the Left Lane."

In 2006 Professor Sorin was awarded the Lee Max Friedman Medal by the American Jewish Historical Society. This medal is awarded to any individual, group or association deemed to have rendered distinguished service in the field of American Jewish history. Distinguished service includes special achievements in research, popular writing, teaching, encouragement and/or support of specific historical projects. The Executive Committee of the Academic Council of the AJHS has said that Gerald Sorin's accomplishments are reflected in all of these areas.