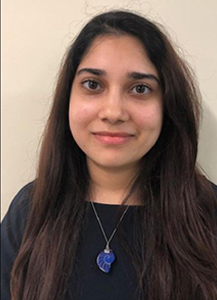 Saira Khan has worked for the City of New York for over four years. She currently works at the New York City Mayor’s Office of Contract Services as a budget manager where she oversees the Agency’s expense and revenue budget, including the allocation of resources to respective Agency divisions and programs. She has also worked at the Mayor’s Office of Criminal Justice as a senior operations analyst, where she managed portfolios of grant and asset forfeiture funding, created financial accounting systems, and worked with project directors to develop funding requests.

Saira graduated from SUNY New Paltz with a Bachelor of Arts in political science. She was a member of the Honors Program from 2009-2013 and received an award for Outstanding Graduate of the Political Science Department. Saira received her master’s degree in public administration from Rockefeller College of Public Affairs and Policy and was a 2015 Fellow on Women & Public Policy with the Center for Women in Government & Civil Society.