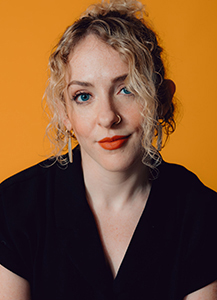 Emily Atkin is an award-winning environmental reporter and the author and founder of HEATED, a daily climate change newsletter with more than 20,000 subscribers. She's also a contributing editor at The New Republic.

Described as "one of the foremost climate journalists in the U.S." by MSNBC's Ali Velshi, Emily previously served as climate staff writer for The New Republic, deputy climate editor at ThinkProgress, and national political reporter at Sinclair Broadcast Group. An accomplished speaker, Emily has given talks about climate journalism at universities including Harvard, Columbia, and Georgetown. She has led professional panels and workshops for the Society for Environmental Journalists, and gave a TEDx talk about her reporting in 2018. Emily is the recipient of the 2019 SEAL Environmental Journalism Award and the 2015 Women Greening Journalism award from the National Audubon Society. She is also a contributor to the book All We Can Save.