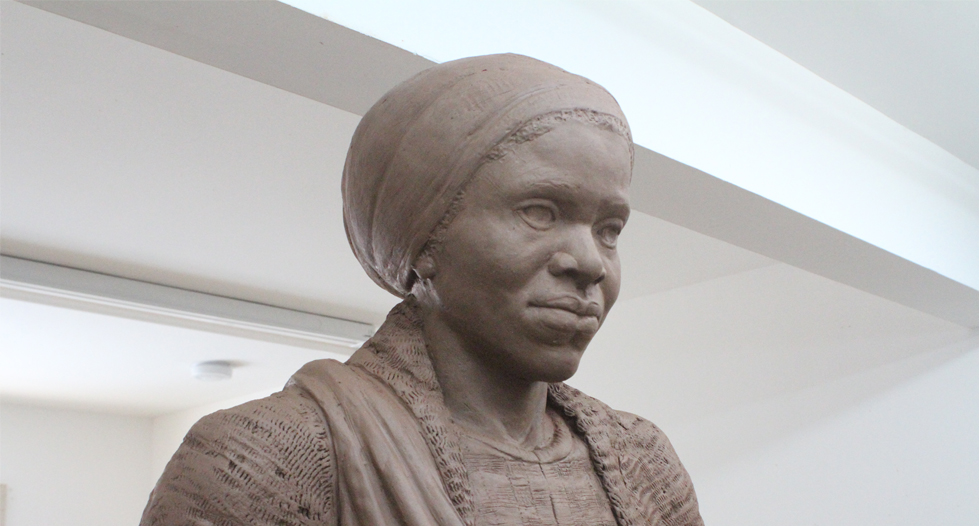 SUNY New Paltz recognized and celebrated Sojourner Truth in 1970 by naming the College’s library in her honor. Born into slavery here in Ulster County, Isabella, later known as Sojourner Truth, overcame her life in bondage to become an evangelist, civil and women’s rights activist, abolitionist, advocate for justice, and author.

In 2022 SUNY New Paltz will unveil the bronze statue Sojourner Truth: First Step to Freedom, 1826 by Ulster County artist Trina Greene. The project was born out of an unusual and exceptional opportunity presented to the College by the artist herself. Knowing the quality of her work, her reputation as a respected local artist, and in receipt of a visionary idea and truly generous offer, the College decided to move forward with the project. The statue will commend the courage and vision of this extraordinary woman and will be placed in front of the Library named in her honor.

Give today to celebrate SUNY New Paltz’s decades-long commitment to diversity and inclusion and the 50th anniversary of the naming of the Sojourner Truth Library with the installation of Sojourner Truth: First Step to Freedom, 1826. The Sojourner Truth Library serves 8,000 students and hosts 483,000 visitors annually while being a resource to the entire mid-Hudson community. Join alumni, students, and local friends in marking this special milestone.

Truth is powerful and it prevails.
– Sojourner Truth 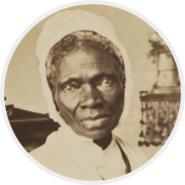 Sold as a child at auction with a flock of sheep to the first of four masters, Sojourner Truth had five children before escaping with her infant daughter, Sophia, and taking her first step to freedom in 1826.

In 1850 she spoke at the first National Women’s Rights Convention in Worcester, MA, and published her memoir: The Narrative of Sojourner Truth: A Northern Slave. In 1864 she traveled to Washington, D.C., to contribute to the National Freedman’s Relief Association where she met and spoke at length with President Abraham Lincoln.

Until her death in 1883 she advocated for women’s rights, for desegregation, and for federal land grants to former slaves.

“I did not run away; I walked away by day-light.”

ABOUT THE ARTIST: TRINA GREENE

Trina Greene studied at Vassar College, the School of the Museum of Fine Arts, Boston, and Harvard Graduate School. Her work has appeared in exhibitions and installations throughout New York State and elsewhere. She has completed commissions for the Ulster County Legislature, New York State Parks, Recreation, and Historic Preservation as well as private commissions. Her most recent commissions include “The Poorhouse Monument” at the Ulster County Fairgrounds and “Isabella” in Sojourner Truth Park in Port Ewen. 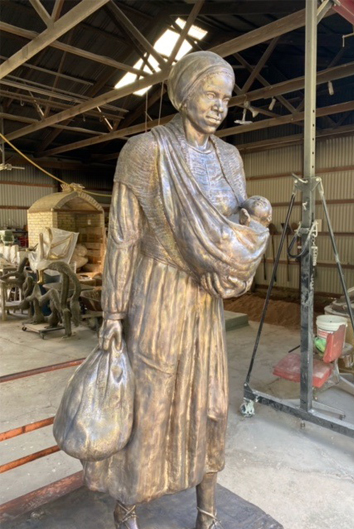 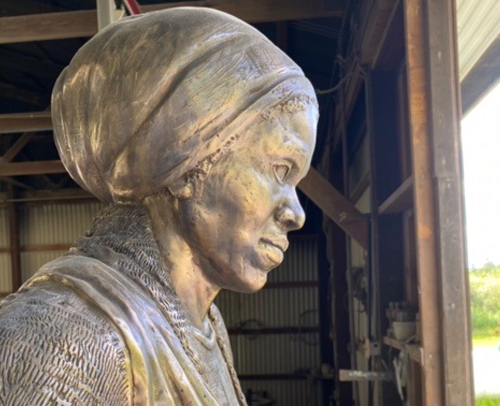 Historical photographs and other resources informed the design process.


Honoring our History, an ongoing program of education and engagement