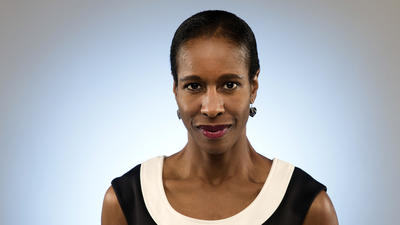 As Ottaway Professor, Simmons will assume a residency on campus from April 9 – 20, 2018. During that time she will lead seminars, meet with journalism students in office hours and as a guest in courses, participate in a Q & A with President Donald P. Christian, and give a public lecture for members of the campus community.

Simmons currently serves as a global development writer/editor at the Los Angeles Times. She has produced extensive multimedia coverage of international issues, ranging from hunger and poverty to gender inequality and human rights, over a career in journalism spanning more than 25 years.

She has worked stories including the fall of the Soviet Union, the War in Iraq, and Hurricane Katrina, and was part of a team of Los Angeles Times reporters whose coverage of the 2004 Southern California wildfires won a Pulitzer Prize for breaking news.

Simmons currently serves as a global development writer/editor at the LA Times. Her most recent work has addressed subjects including the rise and fall of Robert Mugabe; the state of Barbudan nationals displaced after Hurricane Irma; and the high mortality rate of African-American women in pregnancy and childbirth.

Simmons holds a double honors bachelor’s degree in Russian and Norwegian from the University of East Anglia in Norwich, England, and a master’s degree from Columbia University’s Graduate School of Journalism. She was a Nieman fellow at Harvard in 2003.