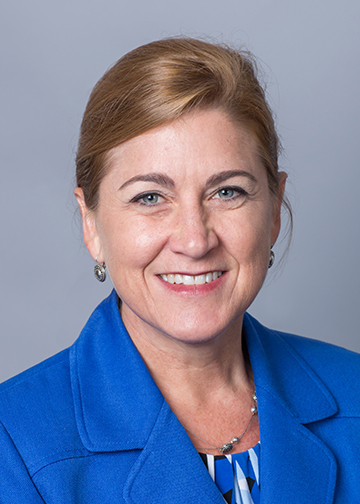 Blaisdell is tasked with working across these and other campus departments to promote a fully unified student experience; supporting an increasingly diverse student body and building an inclusive environment; and serving as an ambassador and advocate for students within and beyond the College community. She reports to the president and serves on the College’s senior leadership team.

She has extensive experience in student affairs, having previously served as assistant vice president for student affairs, student development at the University of Memphis, a public doctoral, metropolitan university with 22,000 students, serving a very diverse student body. In that role she led a team of 60 full-time staff, and administered a budget of more than $7.5 million.

From 2004-2009 Blaisdell worked as an independent consultant partnering with colleges and universities to help recruit and retain women in the STEM fields. She also served Director of Student Affairs Learning and Assessment at the University of Memphis (2007-2010), as the director of Diversity and Women’s Program at Worcester Polytechnic Institute (2000-2005) and director and assistant director of Arizona State University’s Women in Applied Science and Engineering (WISE) Program (1993-2000).