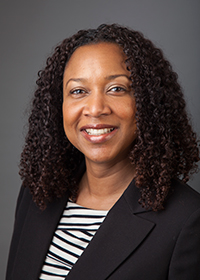 Lisa Jones was named Dean of Admission at the State University of New York at New Paltz in 2008.

As Dean of Admission, Jones is responsible for directing the strategic planning of undergraduate admission for the successful recruitment of first-year and transfer students. She provides leadership to the entire undergraduate admission staff; works closely with directors in enrollment management and across campus; keeps up-to-date on national and regional higher education admission trends and how those trends impact SUNY New Paltz.

She received her bachelor’s degree in English Literature and Rhetoric from Binghamton University in 1992 and her master’s degree in Higher Education Administration from Columbia University, Teachers College, in New York City, in 1993.