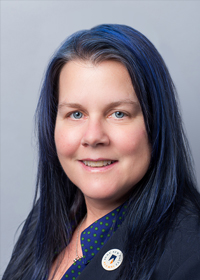 Director of the Benjamin Center

The College has appointed Dr. kt Tobin ’92 (Sociology) as the director of the Benjamin Center for Public Policy Initiatives at SUNY New Paltz.

Tobin succeeds Dr. Gerald Benjamin, long-time associate vice president of regional engagement and director of the Benjamin Center. Benjamin will enter a phased retirement and has stepped down from his position as Center director effective Feb. 14. During the spring 2020 semester, Benjamin will support the Center’s transition to new leadership, complete several center projects and teach a course in state government. In retirement, Benjamin will be affiliated with the Center as a researcher and be available to teach a course periodically.

As the Center’s new director, Tobin will launch a new program known as the Benjamin Center Scholars, whereby current New Paltz faculty will be partially released from full-time teaching during an academic year to work at the Center on interdisciplinary research that benefits the Hudson Valley region.

In her previous role as associate director of the Benjamin Center, Tobin designed, managed and produced projects focused on regional issues and concerns. Tobin’s research agenda focuses on equity, democracy and sustainability. Her most recent project is the Benjamin Center Mid-Hudson Affordability Reports, a multi-year study about the cost of living in the region, which will be released as a series of reports beginning next month.

In connection with the centennial of women achieving the right to vote, the Benjamin Center maintains databases of elected leadership in the state. Later this year, SUNY Press will publish “Suffrage and Its Limits: the New York Story,” which will include Tobin’s chapter “Women in Local Political Office in New York State.”

An additional sampling of Tobin’s projects over the course of the past decade include:

Tobin’s research during her tenure at New Paltz has been funded with more than $1 million raised from donors, foundations and national, state and local governments. She has led research teams with more than 20 faculty from 14 different departments, and employed more than 30 students as research assistants from 16 academic departments.

Tobin is actively engaged on campus and in the community. In 2018, she received a Chancellor Award for Excellence in Professional Service. She is an affiliated lecturer in sociology and teaches Introduction to Sociology, Social Inequality in the United States, Research Methods and Women in Politics. She helped construct the regional Mid-Hudson Sustainability Plan as well as SUNY New Paltz’s first Campus Sustainability Plan. She is on the College’s Economic Impact research team, sits on the campus budget advisory committee and aided the recent revamp of the campus governance system.

She is currently the deputy mayor of the Village of New Paltz and is a former New Paltz School Board vice president.

Before returning to her alma mater, SUNY New Paltz, in 2008, Tobin led projects at the Marist Institute for Public Opinion for more than a decade.