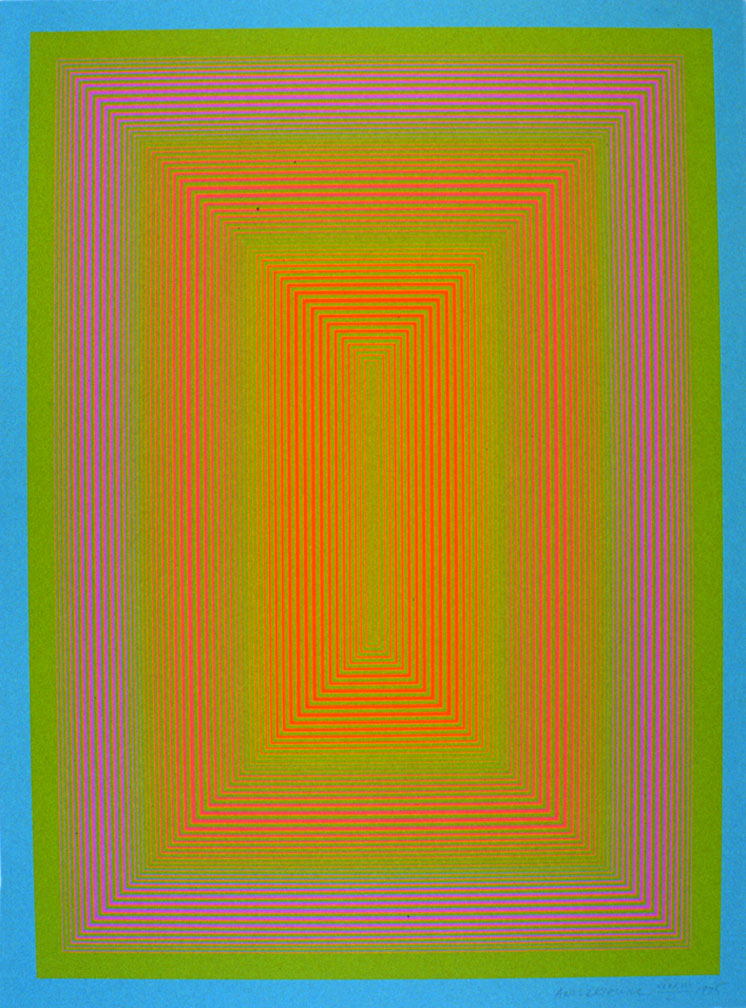 American painter, printmaker, and sculptor Richard Anuszkiewicz (1930-2020) became a key figure of the art world during the 1960s and '70s for his significant contributions to the Op Art movement.

Born in Erie, Pennsylvania, Anuszkiewicz went on to study under Joseph Albers at Yale University, where he achieved a master’s degree, while also drawing critical inspiration from his mentor. This influence can be noted in his works that often focus on the repetition of geometric shapes.

See more selections from our collection