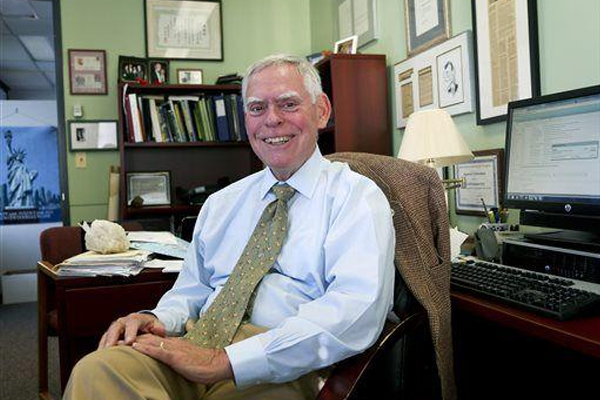 Gerald Benjamin, associate vice president of regional engagement and director of the Benjamin Center for Public Policy Initiatives at SUNY New Paltz, will retire after a 50-plus year distinguished career at the College on June 30, 2020.

Benjamin joined the New Paltz faculty as an assistant professor of political science in 1968 and was appointed to his current role in 2008. Originally founded by Benjamin and then President Steven Poskanzer, the Benjamin Center is the principal locus of the College's efforts to raise its level of engagement within communities, governments, not-for-profits and businesses across the Hudson Valley.

“Gerald Benjamin is the foremost scholar and expert on local and state government in New York and is held in  high esteem by his faculty and administrative colleagues, state and local government officials, other scholars, and thousands of students who have taken his courses. He has contributed greatly to the campus community, the region and the state during his longstanding career at SUNY New Paltz,” said President Donald P. Christian.

Tobin's most recent project is the Benjamin Center Mid-Hudson Affordability Reports, a multi-year study about the cost of living in the region.

In her previous role as associate director of the Benjamin Center, Tobin designed, managed and produced projects focused on regional issues and concerns. Tobin’s research agenda focuses on equity, democracy and sustainability.

She is currently the deputy mayor of the Village of New Paltz and is a former New Paltz School Board vice president.

Learn more about The Benjamin Center and Gerald Benjamin’s contributions and post-retirement activities at newpaltz.edu/news.