Guirgho is a village in Burkina Faso, a small country in western Africa with one of the lowest literacy rates in the world. But for alumnus Pascal Guirma ’86 (Business Administration) and his brother Victor, it is also their home — a place packed with history, promise and possibility. 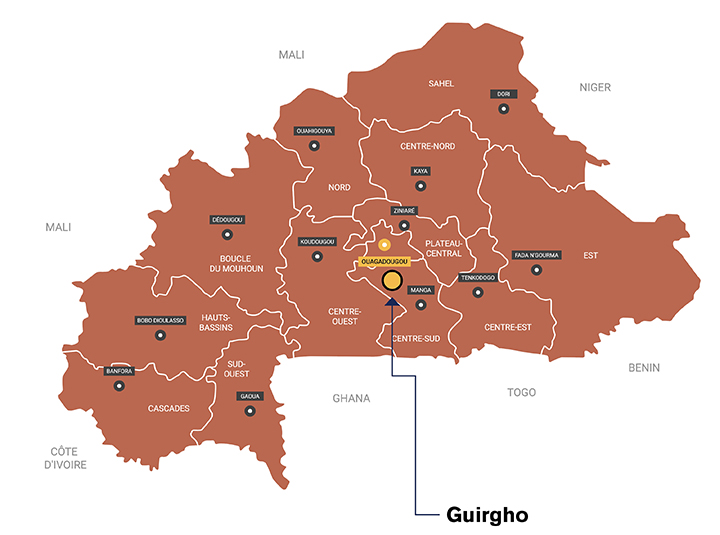 Pascal and Victor came to New Paltz in the 1960s and embraced the opportunities that greeted them here. It became their lifelong dream to share with the residents of Guirgho the same access to education that they experienced in the United States.

“Visiting Burkina Faso always seems as if I am stepping back in time 100 years,” said Pascal. “Many rural villages are being left further behind. Education gives us the choice of which era to live in.”

In 2018, Pascal and his wife Mary (Miciotta) Guirma ’85g (Special Education), Victor Guirma and their sister Cecile Guirma, along with their friends established Friends of Guirgho, a not-for-profit that seeks to provide access to state of the art educational tools and technology to students in Burkina Faso. 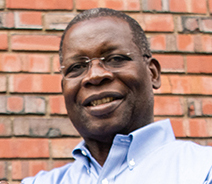 "Our plans could radically change lives in Guirgho for generations," said Pascal. "But because of the existing culture and lack of infrastructure, we know we want to implement them one small step at a time."

The challenge for teachers in Guirgho, as in many rural schools, is the lack of resources. A single classroom typically holds 80 children with varied experience and only one teacher. Textbooks are scarce and often outdated, and the primary teaching tool remains the chalkboard. Most children attend and complete their education without ever seeing a computer.

“We know that economic prospects for children without basic computer skills in today’s economy are very limited,” said Pascal. “We believe that greater access to technology will help create more potential innovators who can meet the unique challenges facing their communities.” 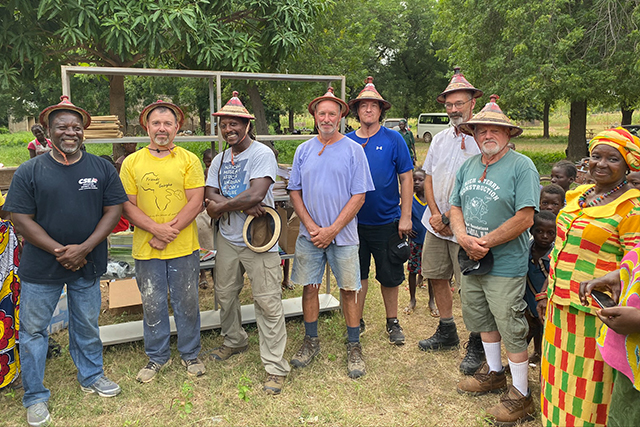 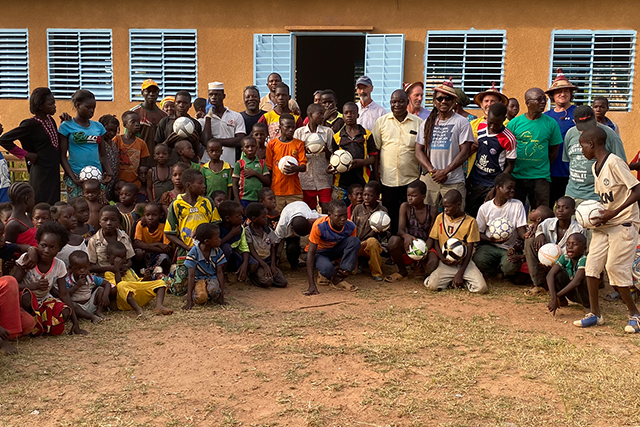 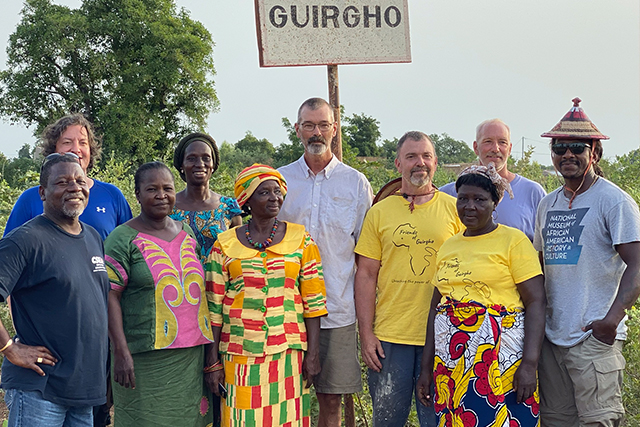 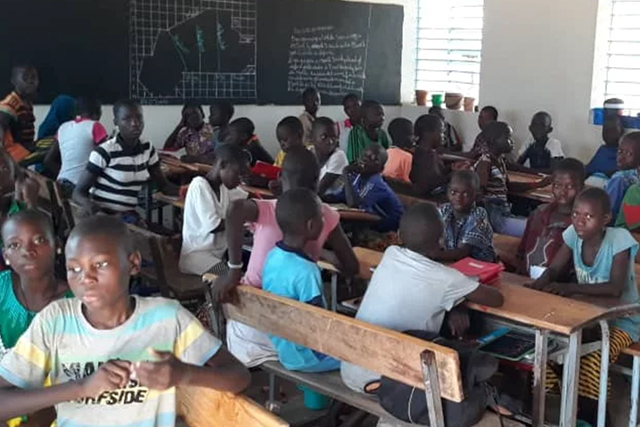 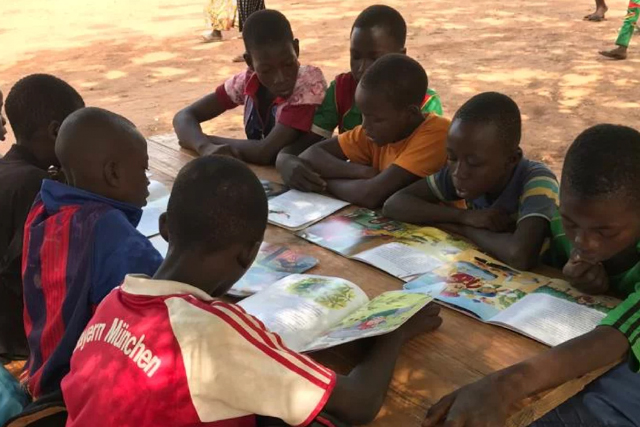 Photos from the 2019 visit to Guirgho in Burkina Faso, Africa.

For the Guirma brothers, paying it forward in the early 2000s meant providing school supplies and awarding two bicycles to the top female and male students in Guirgho. The bicycles served two purposes, to motivate the students and to provide a mode of transportation for their families to travel with their harvests to regional markets that cannot be reached on foot. The first fundraiser in 2019 raised enough for them to assemble a team of people with varying backgrounds, lawyers, educators, contractors, craftspeople and New Paltz residents to make the journey to Guirgho. While there, they began by repairing buildings and broken desks, eventually teaching residents how to do the same.

“We went into this knowing we needed to train teachers to use computers before introducing them to the children,” said Pascal. “Before our dreams become a reality, it’s important to help the school with their other logistical problems, too.”

While the cornerstone of Friends of Guirgho’s vision is to create a computer center for teachers and students, a lot of basic infrastructures must first be put in place. There’s no running water, and no air conditioning despite temperatures higher than 100 degrees most afternoons.

The group from New Paltz began working on that infrastructure during their initial 2019 trip. They repainted classrooms, resurfaced floors and blackboards, rebuilt desks, installed solar exhaust fans and passive exhaust turbines in all classrooms to improve ventilation, constructed 14 picnic tables and a blackboard for outdoor learning spaces, and rebuilt sanitary latrines with doors and a roof. They also donated books, art supplies, and educational games to create a library. 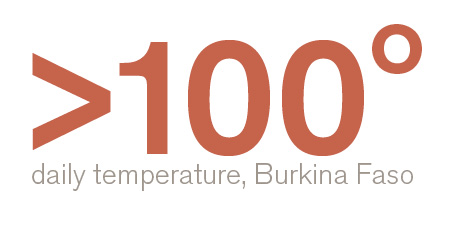 Friends of Guirgho has plans to travel back to Burkina Faso in 2022, when they hope to renovate the teachers' quarters, install a solar-powered well and filtration system, and create a solar microgrid to bring electricity to school property.

The group has an additional goal to build a resource space, designed by New Paltz architect and SUNY New Paltz alumnus Rick Alfandre ’80 (Communication Studies), that would allow students at different points in their educational journeys a separate area for more independent research, or more support, based on individual needs. The structure would be designed to improve air circulation and lower the temperature. Because air conditioning is not yet feasible given the lack of electricity, Alfandre and the Guirmas are looking at the potential for passive solar fans.

“It takes a village to raise a village up,” said Victor. “Our friends in New Paltz didn’t hesitate to make this journey with us, many of them alumni of the College. We were able to accomplish so much on that first trip before the pandemic hit, and we’re determined to keep moving forward.”

The deep appreciation for the power of education that drives the Guirma brothers forward was initially inspired by family: their grandfather, Bila Victor Guirma, one of the first in Guirgho to receive a formal education. Later, their father Frederic excelled in education and eventually became the first ambassador of Burkina Faso (then Upper Volta) to the United States. He became a permanent representative to the United Nations in 1960.

While Frederic spoke both French and English, Victor and Pascal only spoke french when they entered the United States as children. Within three months they were fluent in English and were mainstreamed into regular classes in the New York Educational system.

"We know that someday, a brilliant child from one of these rural schools in a village like Guirgho, will grow up to do something amazing for the world," said Victor. 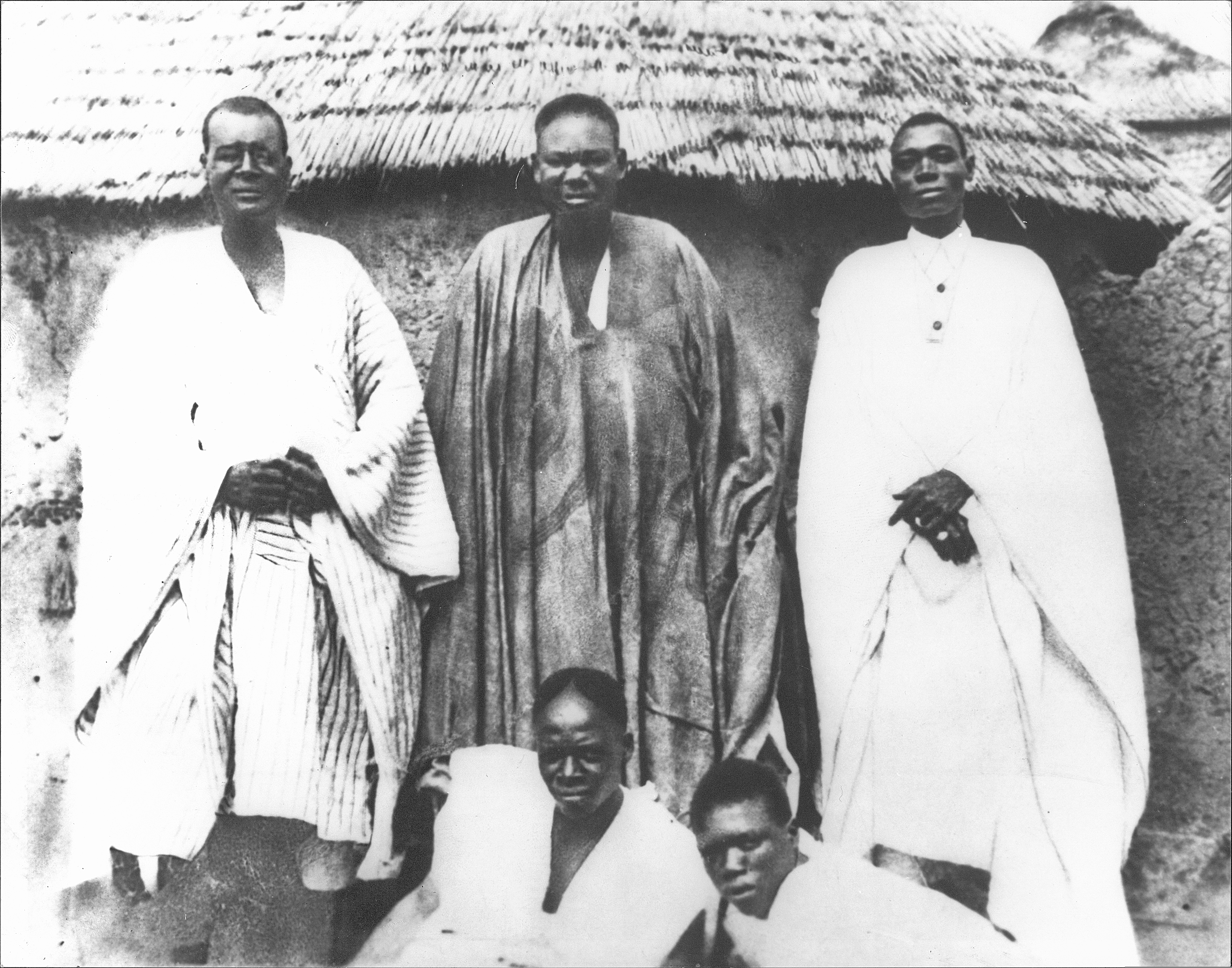 Years later, when many of their family members were returning to Burkina Faso, the two decided to settle in the Hudson Valley. Pascal chose to attend SUNY New Paltz in an effort to remain near his brother, who was then a student at the College. The Village of New Paltz soon became their home, a place where their values could take root, and where they found a community of like-minded individuals who have helped them make their dreams a reality.

“We still feel fortunate to be here and I felt destined for the College,” said Pascal. “New Paltz has always seemed to be a microcosm of how the world works, where so many different groups create true diversity. The College made me to realize that even when you put different groups of people together from different backgrounds if you have a common goal, it will still work out.”

Learn more about Friends of Guirgho online and see how you can get involved.

Featured stories from this issue 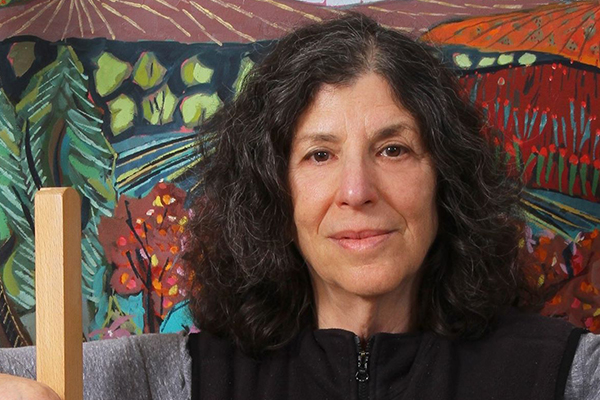 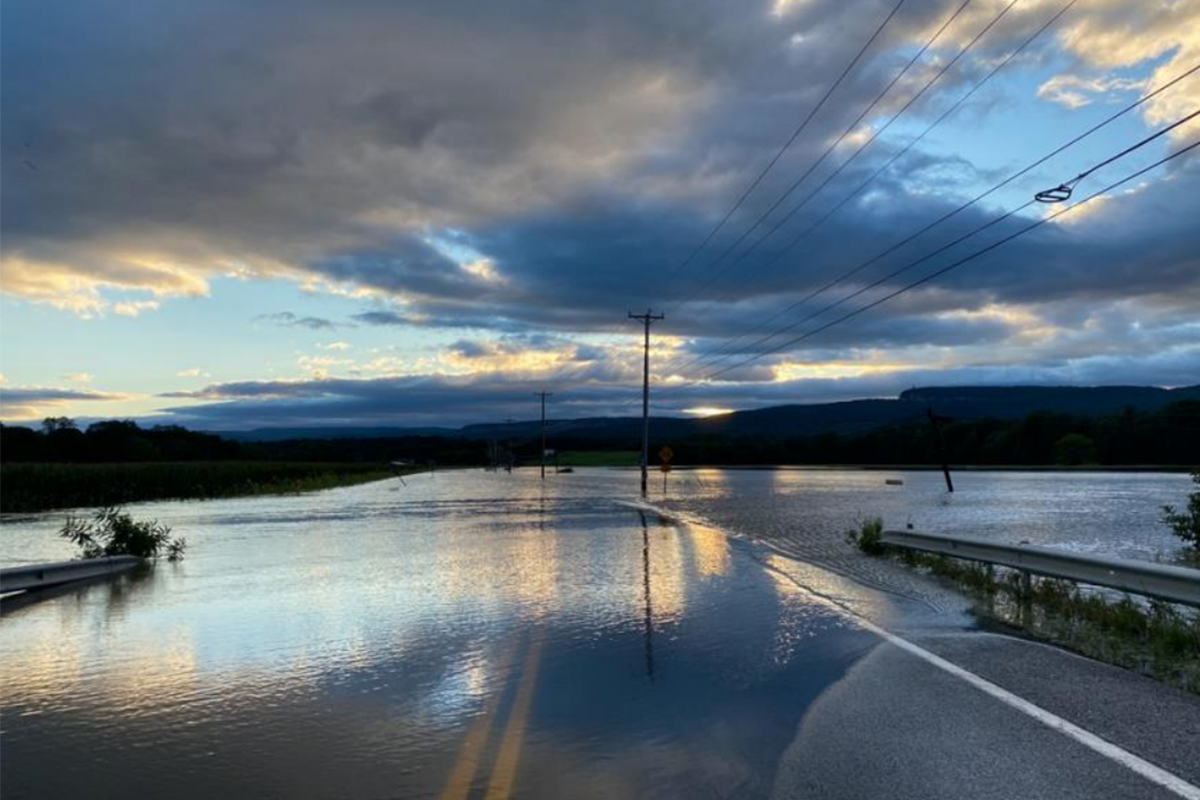