One out of every three bites of food we eat is courtesy of a pollinating insect. They do us tremendous service, yet their existence is deeply threatened by loss of habitat, the disappearance of the plants they depend on, exposure to pesticides and destabilized climate patterns.

Addressing this problem and restoring pollinator populations requires both global and local solutions. At SUNY New Paltz, a biodiversity movement led by alumna and horticulturist Laura Wyeth ’18 (Biology) is determined to make our campus a welcoming home to the bees, butterflies, birds, beetles and even flies that have important functions in our surrounding ecosystem and the agricultural supply chain.

"We are in an era where species of all kinds are disappearing at alarming rates. Destruction and degradation of habitat are the primary drivers of species extinction, and human activities are the primary cause of that habitat loss,” said Wyeth. “Every paved, mowed, night-illuminated and developed landscape contributes to the loss of species diversity.”

Wyeth’s love and concern for nature began as a child where she grew up roaming around her suburban neighborhood in Levittown, Pennsylvania. The town was built on former farmland and had been grazed of nearly all vegetation, inviting profuse weedy species.

“Over time, I noticed how certain plants thrived in the sidewalk cracks; how others proliferated on the forest edge; and how some spread like wildfire,” said Wyeth. “But my grandmother's geraniums never migrated out of their window boxes. I was eager to learn everything I could about all of them, which, thankfully, led me to New Paltz.”

In August 2018, the Office of Campus Sustainability launched a Biodiversity Initiative in partnership with faculty and staff from across campus to identify, support and protect a wide variety of interdependent living species on our campus. Supporting and identifying the area’s native creatures leads to a better understanding of the complex relationships between them.

Wyeth serves as the leader of SUNY New Paltz's Biodiversity Initiative. She was the lead author of a new Campus Pollinator Habitat Plan that helps the College identify dozens of pollinator-friendly trees, shrubs and perennials to help increase the population of pollinators on campus.

"We have a unique opportunity to not only support biodiversity through our land management practices, but to engage our campus community."

Understanding the Importance of Pollination

Insects and other animal pollinators are vital to the production of healthy crops for food, fibers, edible oils, medicines and other products. Pollinators are also essential components of the habitats and ecosystems that many wild animals rely on for food and shelter. 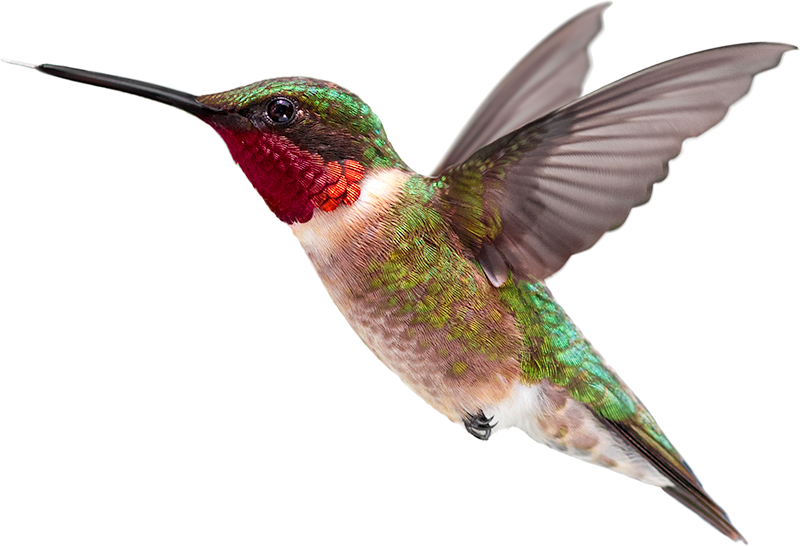 Providing a Home for our Pollinators

Butterflies and moths need a place to land on the flowers that they visit, so they prefer broad, flat-faced flowers. Adult butterflies rely on nectar, while developing caterpillars need leaves and foliage. A variety of native wildflowers, trees, shrubs and grasses interspersed across a landscape makes for a good butterfly habitat. 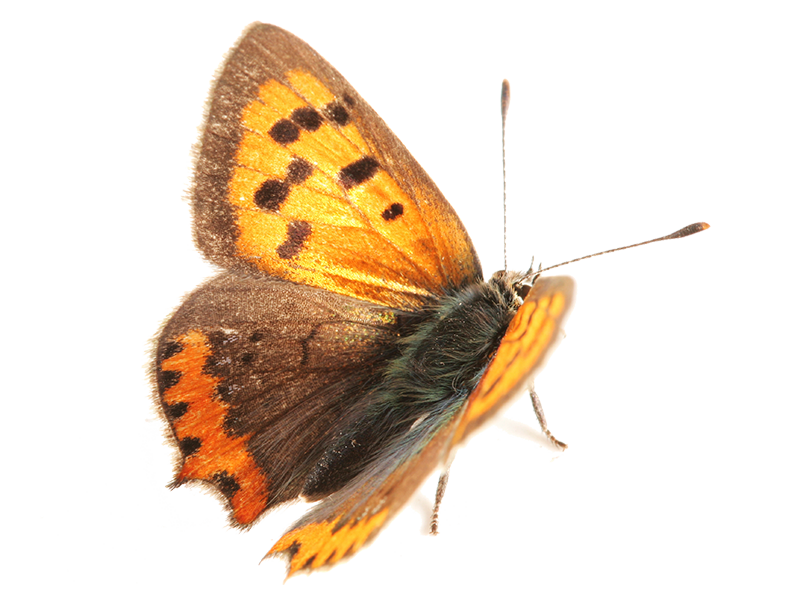 There are 4000 bee species in the U.S., including 450 species in New York State. It’s estimated that there are about 2.4 million bee colonies in the U.S. today, two-thirds of which travel the country each year pollinating crops and producing honey and beeswax. Some crops, including blueberries and cherries, are 90 percent dependent on honey bee pollination. 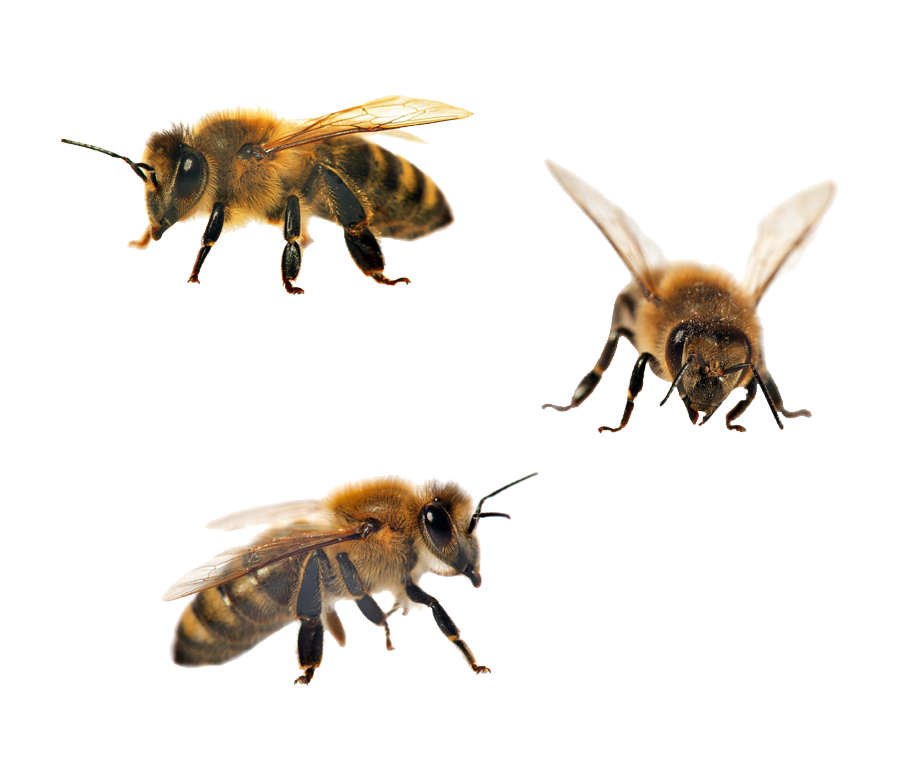 Pollinator facts courtesy of the U.S. Department of Agriculture.

Given the range of habitat types at SUNY New Paltz, and its close proximity to farms, forests and wetlands, the College is committed to preserving the surrounding environment and makes every effort to contribute positively to its health.

To that end, the College has added a new green roof in front of the Haggerty Administration Building, planted wildflowers near Science Hall and created a large pollinator meadow near the Gunk Pond. Each of these spaces was intentionally developed as a welcoming home for bees, butterflies, hummingbirds and other helpful organisms. They provide additional benefits to campus, too. The green roof, for instance, absorbs rainwater to offset the risk of flooding in the administration building.

In August 2019, the College was named the newest affiliate of Bee Campus USA, an organization that works to make the world safer for the creatures that enable our natural landscapes to bloom, by promoting the creation of new, sustainable pollinator habitats.

“Members of the SUNY New Paltz community are fortunate to live and work near many scenic preserves, farms and protected parks, but habitat loss is still a significant issue for pollinator species in our region,” said President Donald P. Christian. “Our certification with Bee Campus USA recognizes the collective effort, led by members of our Biodiversity Initiative, to sustain a rich and vibrant ecosystem on our campus and throughout the Hudson Valley.”

Lecturer Laura Wyeth ’18 (Biology) explains the importance of sustainability and student involvement at the Campus Greenhouse in this student-made documentary.

Campus community members stand for a photograph on the site of the new pollinator-friendly meadow near the Gunk Pond at SUNY New Paltz.

Pollinator protection strategies to provide habitat and minimize harm are widespread at SUNY New Paltz. Goals to provide habitat include planting native plants that have long-term life histories with native pollinators, providing a variety of flowering plants that allow for continuous bloom from spring through fall and replacing lawn with pollinator forage and host plants.

Minimizing harm will be accomplished by reducing or eliminating the introduction of non-native plants, avoiding highly cultivated varieties of flowers, especially those with double-petaled flowers (pollinators cannot access their pollen), and reducing and preferably eliminating the use of systemic pesticides on athletic fields.

“By raising awareness about the important role of pollinators to our local ecosystem and economy, New Paltz can lead by example in the efforts to protect this important resource,” said Wyeth. “We have a unique opportunity to not only support biodiversity through our land management practices, but to engage our campus community. Whether we’re giving students a tour of our sustainable sites on campus, inspiring them with a cool bloom in the greenhouse, or spreading seeds for our pollinator meadow near Gunk Pond, it’s clear that the College is committed to our planet’s future.”

Laura Wyeth ’18 (Biology) first attended SUNY Ulster at the age of 34 before coming to New Paltz. She is a graduate of a prestigious yearlong horticulture internship at Stonecrop Gardens in Cold Spring, New York, and is currently a lecturer of biology. She also enthusiastically runs the Campus Greenhouse and has invited students of all majors to support its mission. View the Campus Pollinator Habitat Plan here.

Featured stories from this issue 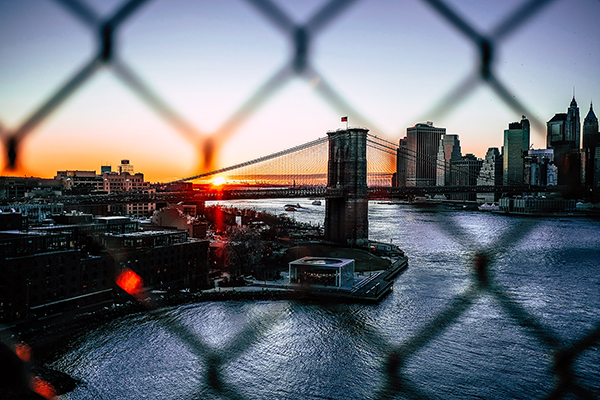